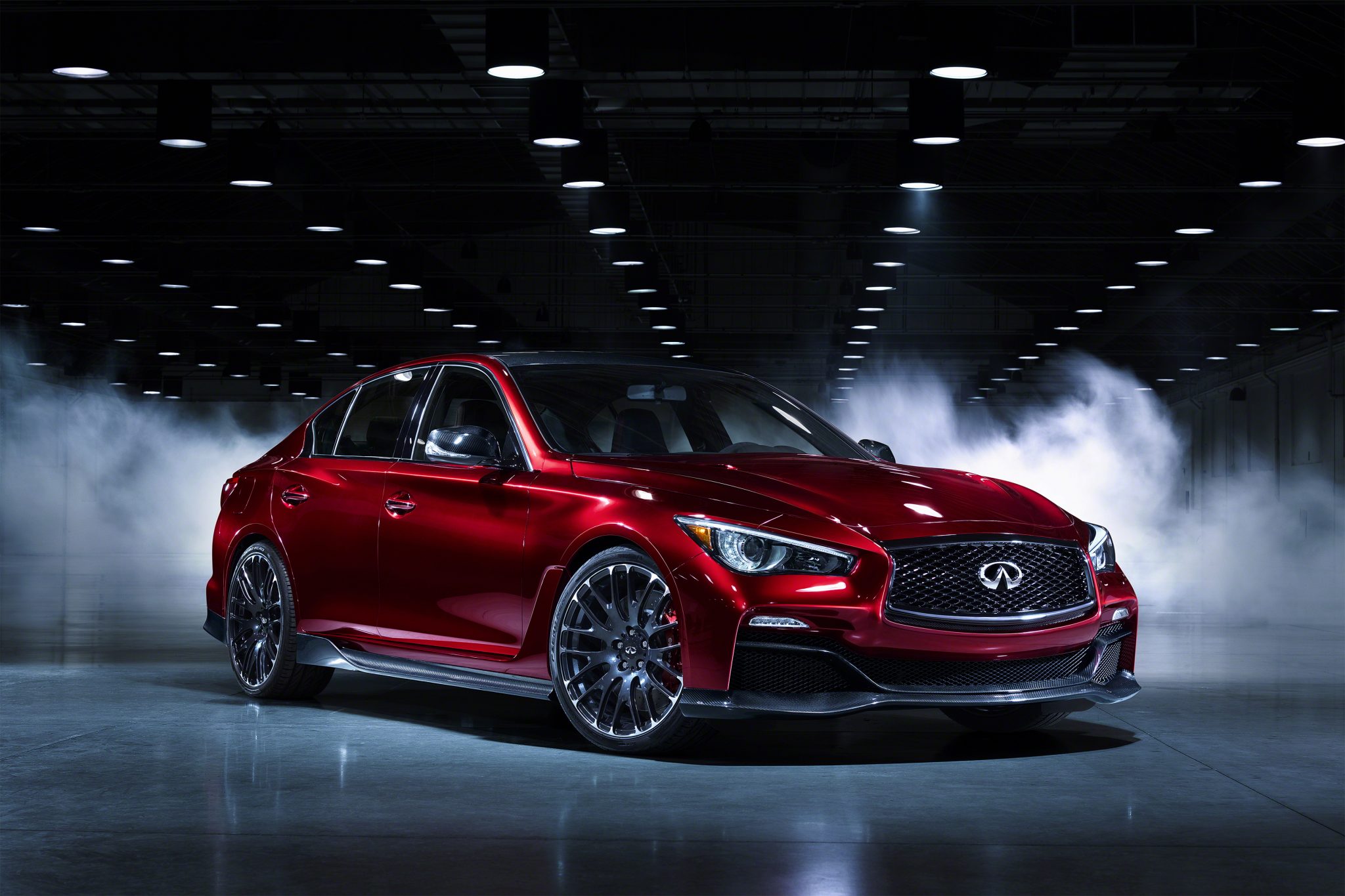 Today at the North American International Auto Show, Nissan’s luxury arm unveiled its all-new Infiniti Q50 Eau Rouge. All at once, the Eau Rouge reflects the enticement of the Q50 premium sports sedan while also giving us a taste of the Formula One experience.

“If we built this car I would expect it to feature over 500hp and 600lb/ft of torque. Through our various alliance partners we have access to a range of engines featuring this performance capability which, with a fair amount of engineering effort, can be developed to exhibit Infiniti character and accommodated within the Q50 engine bay. The engine we are evaluating for the Q50 Eau Rouge is a big personality, V-cylinder engine with forced induction. I think our engineers have been waiting for a project like this,” said Johan de Nysschen, President of Infiniti Motor Company Limited.

The Infiniti Q50 Eau Rouge Concept is marked by a broadened stance (thanks to new front and rear fenders), as well as a larger deck lid spoiler. Dark chrome detailing replaces the standard chrome on the Q50, and Infiniti has added a dark-chrome matte finish to the double-arch front grille, door handles, deck lid accents, and glasshouse surrounds. In fact, nearly every aspect of the exterior serves to mirror the RB9 race car.

“The design has a number of distinctive Formula-One inspired touches. In particular, the sculpted front wing assembly and the rear aerodynamic packaging take their cues from the RB9 race car,” said Alfonso Albaisa, Infiniti’s Executive Design Director. He added, “The rear fog light packaging is unmistakably Formula One.”

A rear view of the concept

The rear of the Infiniti Q50 Eau Rouge Concept

A shot of the wheel

The Infiniti Q50 Eau Rouge even breathes sportiness on the inside. The interior is marked by red-infused carbon fiber detailing, dark-chrome in the cockpit, and a high-grip sports steering wheel, along with Formula One-style paddle-shifters.

The cabin of the Infiniti Q50 Eau Rouge Concept

While Infiniti has no plans to go forward with the concept, it quite clearly indicates the full scope of Infiniti’s capability in the segment. If the brand ever were to go forward with a performance version of the Q50, we hope it’d look something like this.