The Chevrolet Bolt EV, Chevy’s latest experiment in the realm of electric vehicles, will become available nationwide during the month of August. While the Bolt is certainly one of the most talked about vehicles on the market at the moment, drivers would be remiss not to remember Chevrolet’s iconic hybrid: the Chevrolet Volt. While the names of these vehicles certainly sound the same, the differences between them can be quite striking. Fortunately, the following infographic from The News Wheel describes in detail the differences between the Chevrolet Volt and the Chevrolet Bolt. 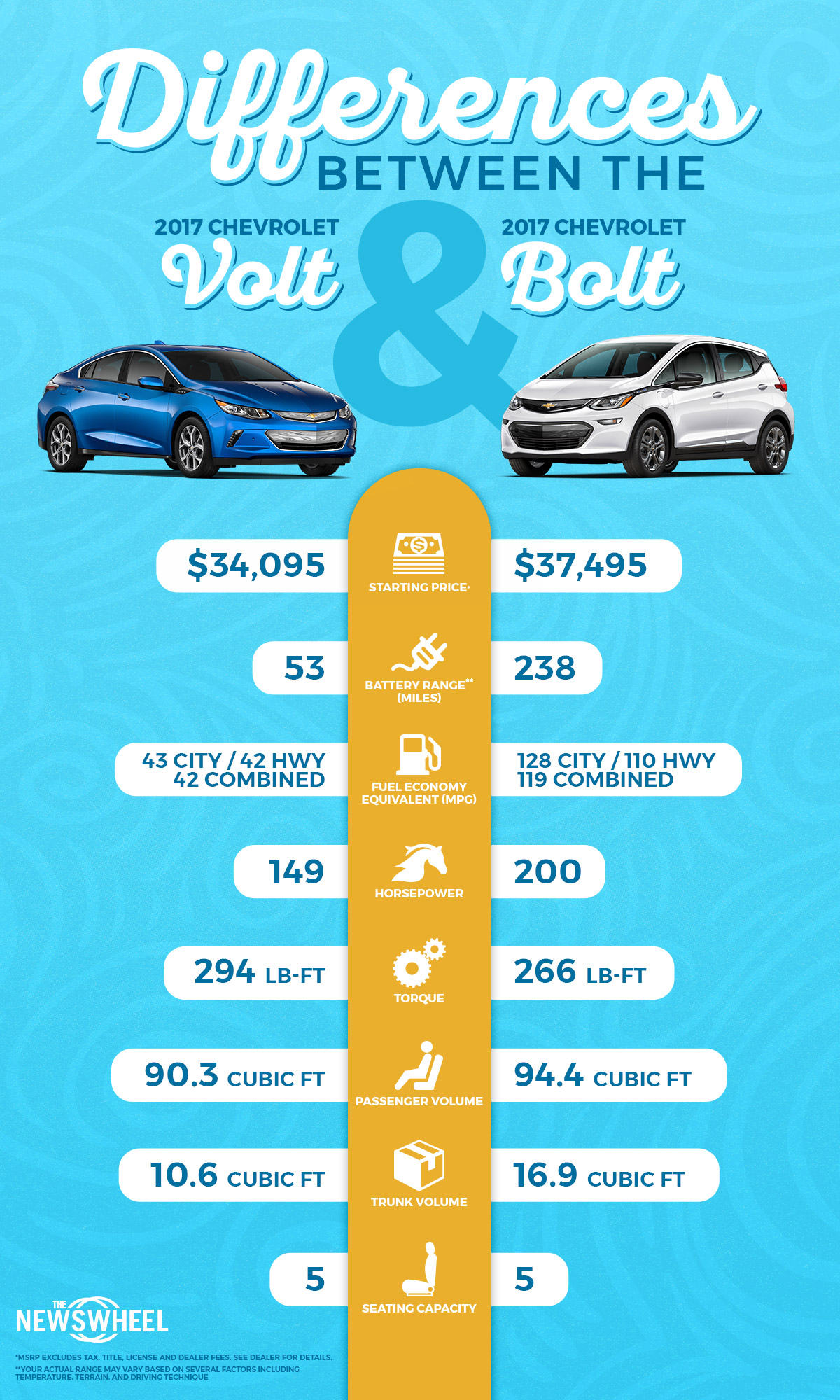