More Americans purchased new vehicles in 2015 than in any other year in the history of the country. In total, more than 17.5 million new automobiles were sold and the three best-selling vehicles were all full-size pick-up trucks. The Ford F-Series led the way with more than 780,000 units moved and was followed by the Chevy Silverado and Ram pickup truck, with the two brands combining to sell more than 1 million trucks. The relative cheap cost of fuel and low interest rates have been two important factors in the success of American truck sales, but which brand really is the best? Many people seem to answer that question by simply endorsing whichever badge to which they are most loyal, but while these three trucks are quite similar when it comes to fuel efficiency and the power produced by their standard engines, there are notable differences in the standard features that come with each respective truck… 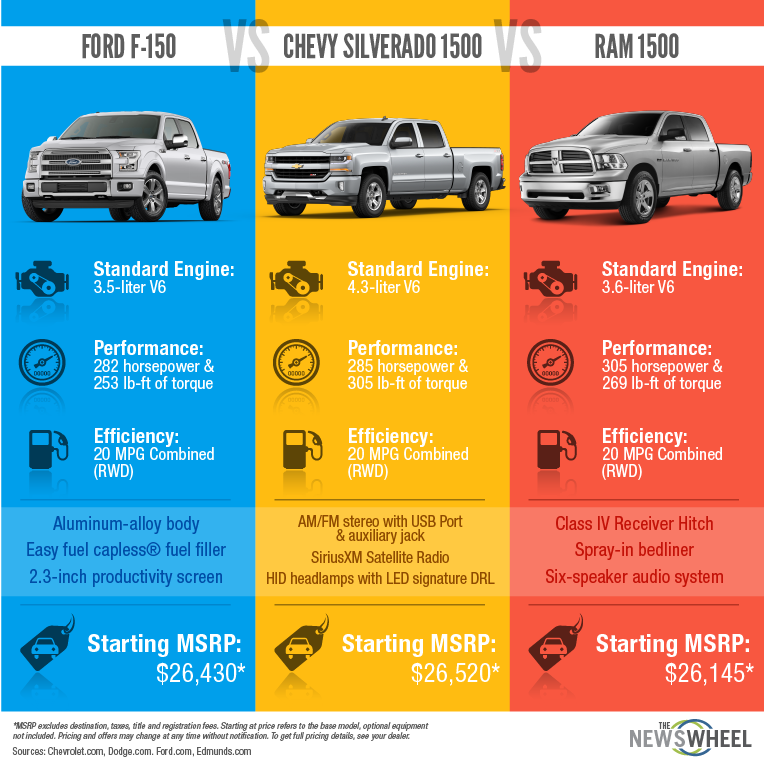 Want More Infographics? Check out the full collection on The News Wheel