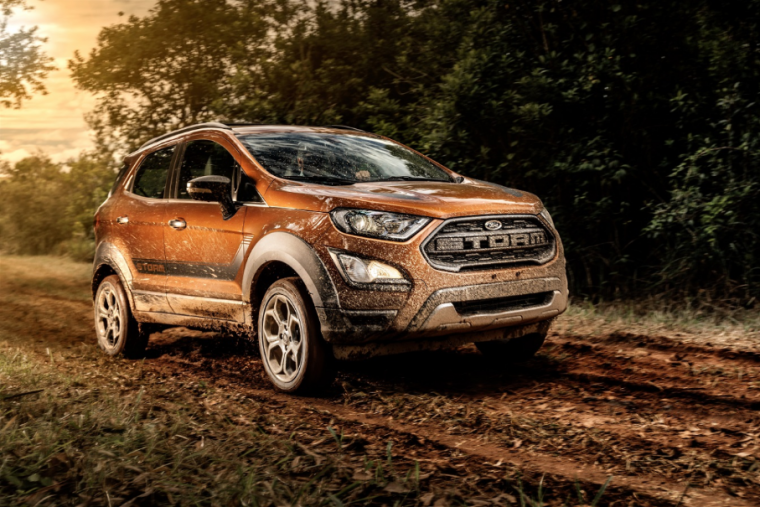 With all the hype surrounding the newly-revealed Ford Ranger Raptor (and the possibility of it coming to America) and the potential for an Everest Raptor (which could in turn lead to a Bronco Raptor coming to America), there’s reason enough to start hoping (or baselessly speculating) for other vehicles in the Ford lineup to get all dinosaur-ified somewhere down the line.

What if, in the spirit of the recently-announced 2019 Edge ST, Ford decided to punch up its newly-launched-in-the-United-States EcoSport with a high-output Raptor variant? Well, it might be closer than you think. In fact, something quite a bit like it already exists (way) down south.

Enter the Ford EcoSport Storm, a four-wheel-drive variation of the cutesy compact that adds quite a bit of fierceness to the EcoSport’s more docile demeanor. Based on a concept that debuted at the Sao Paulo Motor Show more than three years ago, the production version achieves the seemingly impossible by actually managing to look better than the concept on which it’s based.

In case you were thinking that the EcoSport Storm’s face looks familiar for some other reason, that’s because it’s inspired by the look of the F-150 Raptor (and now, the Ranger Raptor). The EcoSport Storm, which debuted in Brazil earlier this month as part of a three-day media event, also boasts 17-inch wheels not unlike those that you’d find on a Fiesta ST, as well as a hard-covered spare tire, Ebony leather seats trimmed in orange, and SYNC 3 with an 8-inch touchscreen.

Now, is it too soon to start speculating that maybe possibly this could lead to an EcoSport Raptor popping up in the land of milk and honey? Absolutely. But is the mere prospect alone reason enough to start salivating? Uh huh. 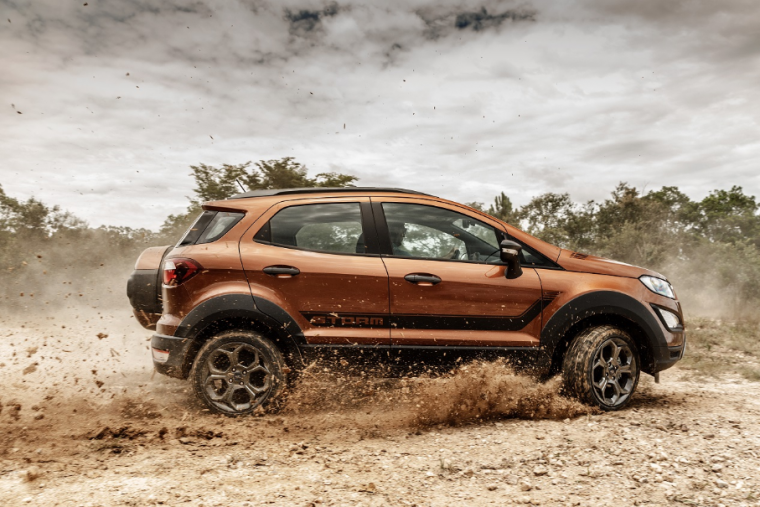