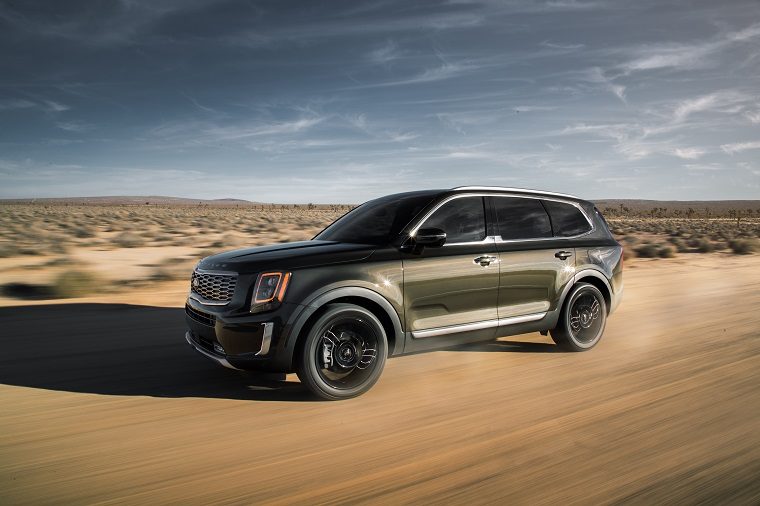 Everything’s bigger in Texas, especially the amount of love for the 2020 Kia Telluride. The all-new vehicle was named “CUV of Texas” by members of the Texas Auto Writers Association, beating out the Mercedes-Benz E63 S Wagon. Not only that, the SX trim of the Telluride was the “Mid-Size CUV” category winner at the TAWA Auto Roundup event held in mid-April.

After driving 29 total vehicles on track and street courses, the 44 TAWA journalists in attendance determined the Kia SUV as the winner. This isn’t the first time a group of esteemed automotive journalists have praised the Telluride. In January, it won the coveted “Best in Show” award from Cars.com at the Detroit Auto Show. Now with these two TAWA awards under its belt, the rugged and spacious 2020 Telluride is set to be one of the top-selling Kia vehicles in 2019.

“The Telluride was designed in California, assembled in Georgia, and has now been honored in Texas with two awards from this distinguished group of journalists,” said Michael Cole, COO and executive vice president of Kia Motors America. “TAWA members know automotive, especially utility vehicles, and Telluride being crowned not only the ‘CUV of Texas’ but also ‘Mid-Sized CUV’, is further proof of Kia’s ‘Give It Everything’ credo. It’s true what they say: Everything, even Telluride, is bigger in Texas.”

Demand for the new Kia SUV helped boost sales by 10.2 percent in March, with 5,080 Telluride units sold. That number increased to 5,570 in April and it doesn’t seem like it’ll drop any time soon. With a collection of new commercials praising the Telluride for being sophisticated yet rugged, along with a bunch of other stereotypical oxymora, we’re sure people will continue lining up for test drives.