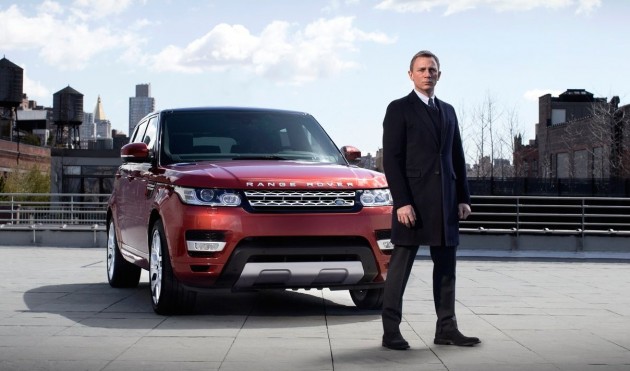 Longtime Bond fans were upset to learn that 007 will be driving a Fiat 500 for a chase sequence in the upcoming Spectre, but at this point, it may be the only set of wheels he has left. It was recently reported that nine vehicles – including five luxury Range Rovers – worth £630,000 (over $989,000) were stolen from the set of the franchise’s 24th installment, possibly delaying location filming.

According to the Daily Express, these James Bond Range Rover Sports had been “specially modified” for the movie, which we assume means they were outfitted with traditionally absurd Bond gadgetry. (So if you see a Range Rover driving out of the ocean next time you’re at the beach, you might consider calling the German police, who are said to have no leads at this time). 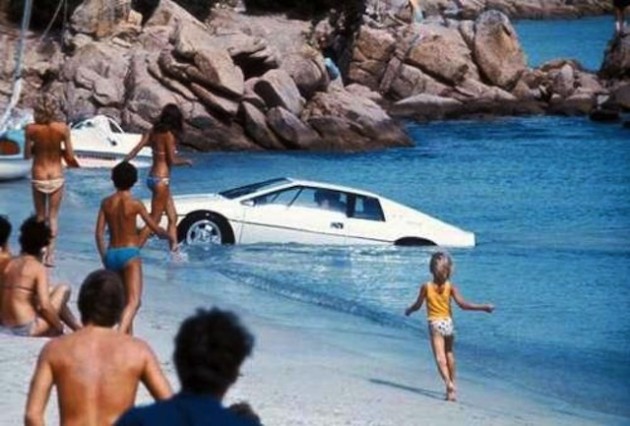 If you spot a Range Rover doing this, please alert the authorities

A spokesman for Land Rover UK issued a brief statement confirming, “We are aware of the theft of a number of Range Rovers in Dusseldorf, Germany. This is a criminal act and the police are carrying out a full investigation. That is the only comment I can offer.”

The vehicles were apparently stolen from a garage in northern Germany. (Wait, was this the same garage where they kept the Aston Martin DB10? Because no offense to the Rovers, but it seems like that’s the one you’d want to carjack, if you were into that sort of thing.)

And now, here’s a complete list of all of the rejected James Bond Range Rover puns/theft wordplay that we came up with for the title of this article, ranked in descending order of terribleness:

The SUV Who Loved Me

A View to a Steal

You Only Loot Twice

Quantum of Stole Us