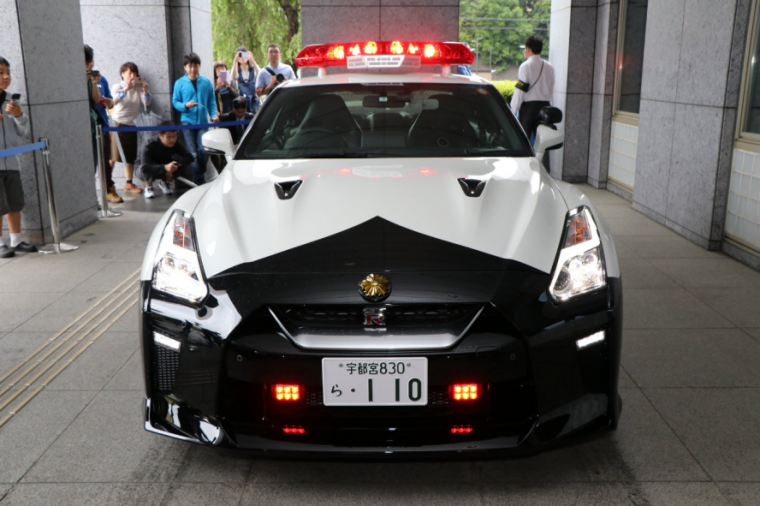 When you’re an adult with a driver’s license, you tend to memorize what kind of vehicles the police drive so you can be wary of them. The police force in Japan’s Tochigi Prefecture is changing it up a bit, adding a Nissan GT-R car to its fleet.

Looking For Something Bigger? Check out the 2018 Nissan truck lineup

We totally get it. Cops in the United States routinely use non-traditional vehicles the department has either purchased or seized from a criminal. These cool cars can catch speeders and law breakers unaware, and sometimes the vehicles are used for goodwill visits to events. However, the police in Japan have a very good reason for needing sportier cars. The Tochigi Prefecture, as well as many other areas near large cities, has a problem with street racers and current vehicles currently can’t keep up.

You Save How Much? Learn about how fuel economy saves you money

To help the police take a bite out of crime, Nissan took the standard Nissan GT-R and took its performance up to 565 horsepower. The minds at The Drive also assume that the police version of the GT-R doesn’t have the standard limiter to keep the car from going over 111 mph.

If it makes residents of Japan feel any better, the Japanese police department didn’t have to shell out for this sporty ride. It was actually donated by a concerned citizen who hoped the faster police vehicle would help prevent car accidents. Considering that the press noted that he was 64 years old, we would be inclined to believe he had a close call in traffic with a street racer or woke up in the night hearing the loud engines. Either way, his good deed will hopefully help keep the streets of Tochigi Prefecture safe.