Jeep Celebrates 75th Birthday with Special Editions for All Models 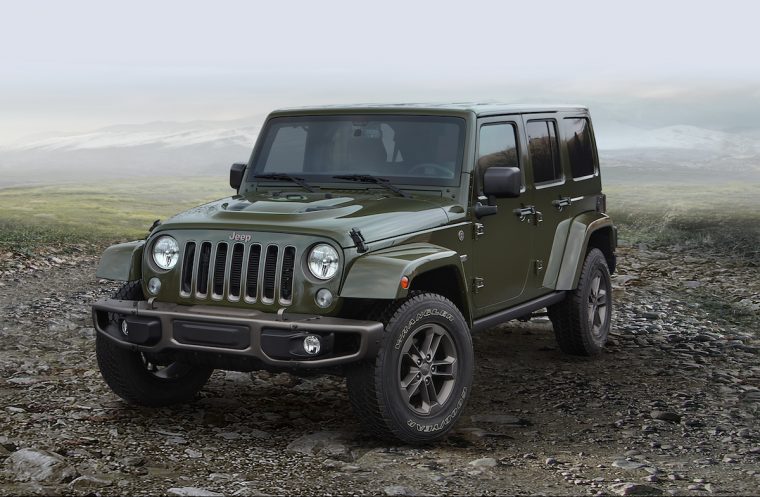 Every Jeep in the brand’s lineup now has a 75th Anniversary edition, like this special edition Wrangler Unlimited

The American carmaker is celebrating its 75th birthday, by giving Jeep lovers everywhere the gift of their dreams—special edition models for each and every Jeep model.

“In honor of the brand’s 75th anniversary, we have created eye-catching, special-edition models of each vehicle in our lineup that celebrate the unparalleled history of the legendary Jeep brand,” said head of Jeep Global Mike Manley.

Every model will have a unique 75th Anniversary Edition added to its trim lineup with a variety of exclusive features. This includes a Jeep-only Green exterior paint, Low Gloss Bronze wheels, and Bronze and Orange exterior accents. They will even have one-of-a-kind interiors with plenty of 75th Anniversary badges.

Seriously. Look at those pictures. Does it get any better?

While the exact features on each model will vary slightly, each and every one will celebrate Jeep’s lengthy history. Originally created as a “light reconnaissance vehicle” for the American Army, the Jeep eventually found popularity as the perfect off-roading brand for civilians. Now, it is one of the most well known brands out on the road, and has a true following.

Pricing for these special edition vehicles varies, depending on the model. The prices range from $22,475 for the Patriot to $34,575 for the Wrangler. Learn more about each of the specific 75th Anniversary Edition Jeeps’ specs here.