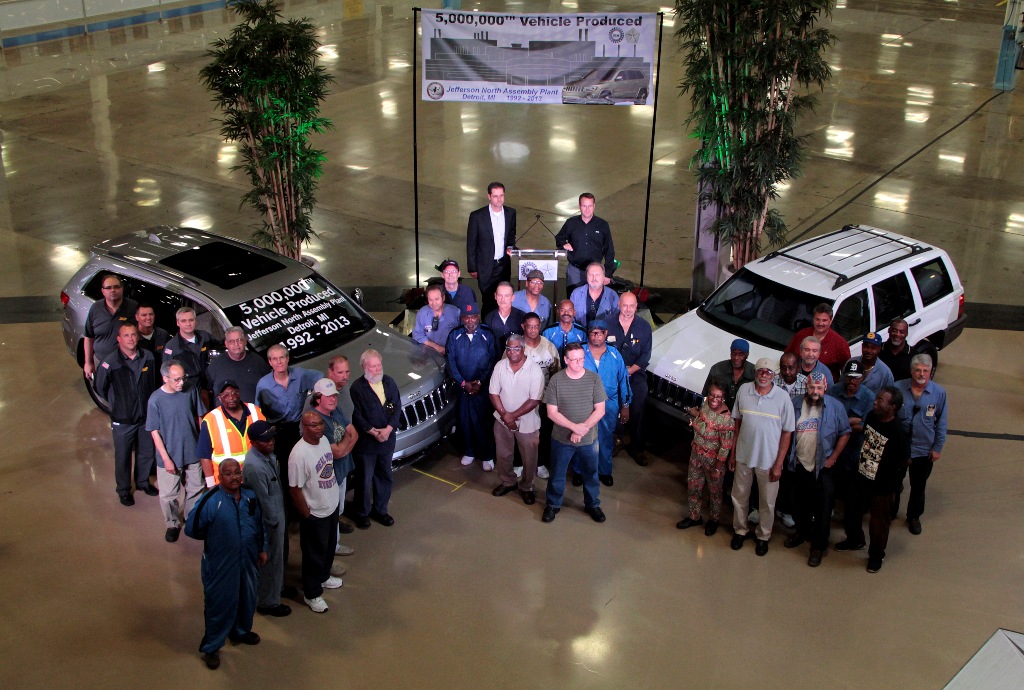 A 2014 Jeep Grand Cherokee Overland, was the 5 millionth vehicle to be produced at the Jefferson North Assembly Plant.

Like proud parents in the OR, Chrysler officials and nearly 50 of the plant’s longest tenured employees took part in a special celebration ceremony to welcome the milestone vehicle to the world.  The Jefferson North Assembly Plant, or JNAP, was built back in 1991 and began production in January 1992 by building the world’s first Jeep Grand Cherokee.

It serves, then, as an appropriate parallel that the five millionth vehicle off the JNAP line would be a Grand Cherokee, and that so many of those same employees present for those first Grand Cherokees were able to help celebrate the 5 millionth.

“I had the privilege of being plant manager here in 2000, working alongside this very skilled workforce,” said Chrysler Senior Vice President of Manufacturing Scott Garberding. “Now as the head of manufacturing, I continue to be impressed by the commitment that is demonstrated here every day.”