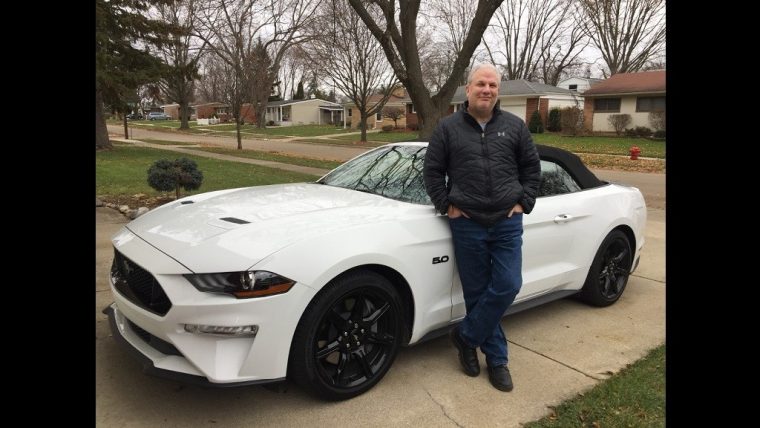 Earlier this year, Ford announced that it would be raffling off a one-of-one Kona Blue 2019 Ford Mustang Bullitt as part of its ongoing support of JDRF and its quest to cure juvenile diabetes. The winner of the raffle was named on Nov. 13: Jesse Foster, who spent more than three decades with Ford Credit before retiring.

According to Foster, he was in complete disbelief when he was told that he was the lucky winner of the incredibly rare Mustang Bullitt, telling @FordOnline, “I think I asked 10 times if I was being pranked! Yes, I’ll say it — ‘nothing like this has ever happened to me!’”

Ford Salutes the Troops: With the Ford Military Appreciation Program

Foster says that JDRF’s mission is on some level a personal one for him, recounting that a high school friend was diagnosed with diabetes in his youth and that he participated in the Ford Credit-Central Office golf outing benefiting JDRF. Of his time at Ford Credit, where he was a department manager for quality and process management, Foster says that he “won’t miss the circus as much as [he’ll] miss the clowns.”

Taking delivery of the Kona Blue 2019 Ford Mustang Bullitt will likely make him miss the 9-to-5 grind even less. Foster told @FordOnline that the first thing he intends to do with his prize is take his wife, Judy, up to Cops & Doughnuts, a historic bakery in their hometown of Clare, Michigan.

Ford debuted its one-of-a-kind Kona Blue Mustang Bullitt in August at the Woodward Dream Cruise. Raffle tickets were sold through Nov. 8, at $10 a pop up to 60,000 tickets. All proceeds raised from the raffle went to JDRF, a longtime partner of Ford.

Winter is Here: So there’s no time like to present to get your ride ready for rough roads ahead