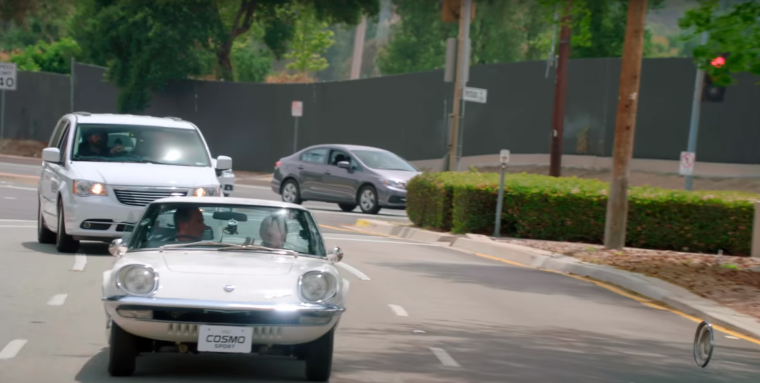 Jerry Seinfeld appeared to have peaked (both in terms of interview subject and vehicle) when he managed to get President Barack Obama to drive a Corvette Stingray on his Comedians in Cars Getting Coffee web series, but he’s not finished yet. Seinfeld and the show will return for an eighth season on June 16th, with a whole slew of new comics, vintage automobiles, and fresh cups of java.

The trailer for the new season was just recently released. Check it out:

Beat the Heat: How to keep your car cool this summer

Seinfeld always has a rationale behind the cars he chooses for each of his guests, so it’s interesting to see some of the pairings on display here.

For example, English-born political satirist John Oliver gets a Triumph TR3 convertible (which the Last Week Tonight host calls “the perfect British definition of a sports car”), while Jim Gaffigan is mated to a green VW camper (even though we all know he’s more of a Chrysler Pacifica kind of guy). Knocked Up director Judd Apatow gets to ride shotgun in a Pontiac Firebird that he thinks is much too sexy for him, whereas legendary Saturday Night Live producer Lorne Michaels is treated to an appropriately elegant and expensive Mercedes-Benz 300 SL Gullwing.

Additionally, comedienne Margaret Cho finds a cruiser that shares her initials in the Mazda Cosmo, and even Curb Your Enthusiasm star J.B. Smoove seems to like the interior of a vintage Camaro, even if it was made at a time when he couldn’t “drink out of every water fountain.”

The eighth season of Comedians in Cars Getting Coffee will premiere on Crackle on Thursday, June 16th, and new episodes will air each Thursday. Click here to watch full episodes.