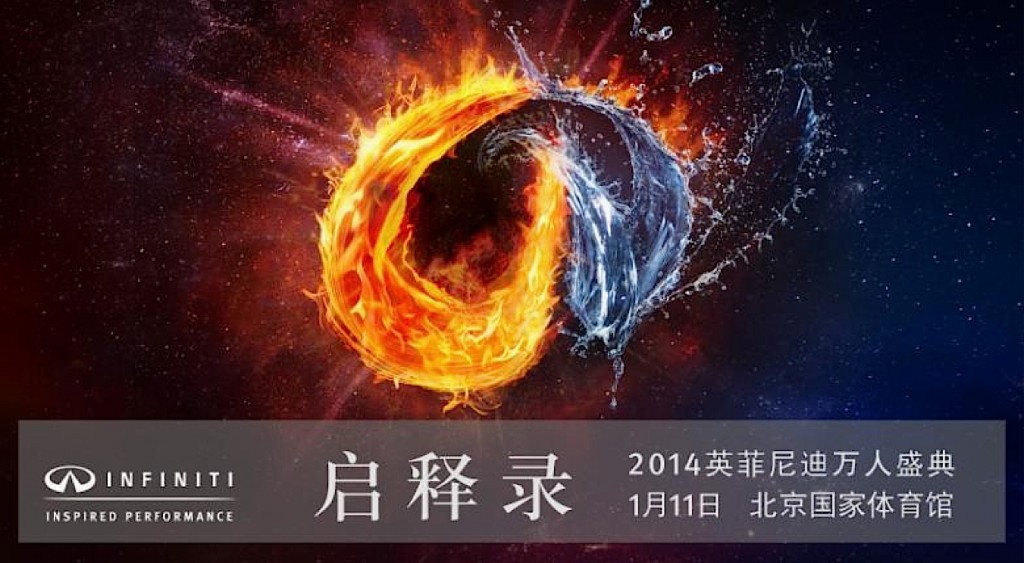 Famed California Gurl, Katy Perry, will be on her way to East Asia early in the New Year for her first-ever performance in China, where she will star as a special guest at the 2014 Infiniti China Brand Festival in China’s capital, Beijing. As she has had some issues with Friday nights, Infiniti thought wisely enough to schedule the performance on a Saturday, January 11, 2014.

The festival will be one of the largest brand galas ever to be held in China. Infiniti estimates several thousand guests will fill Beijing’s indoor Olympic Stadium for the event. Perry’s set list hasn’t been officially announced just yet, but we expect her to perform fan favorites such as “Teenage Dream” and “Roar.”

Infiniti sees the Chinese market as key to the company’s growth. China currently plays host to over 60 Infiniti dealers, but Infiniti expects to see that number grow to about 80 in just one year. In fact, two vehicles, designed with the needs of Chinese drivers in mind, will even be produced in China at the Xiangyang plant in Hubei Province—Chinese-specific versions of the QX50 crossover and the Q50 sports sedan.

The only question that remains—will there be fireworks? We can’t say for sure, but typically wherever Katy Perry’s chest goes, large-scale entertainment explosives seem to follow.