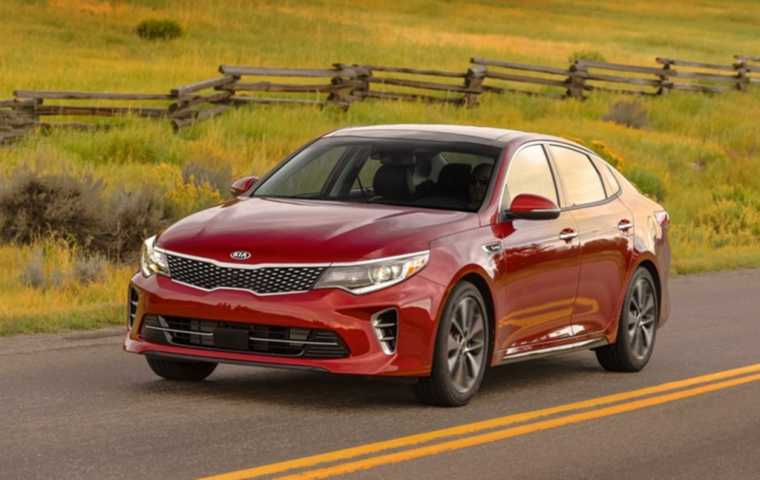 When Kia introduced the 2016 Optima, everyone knew the mid-size sedan was a game-changer. Now, this fact has been officially confirmed by Kelley Blue Book. The prestigious automotive information website recently named the 2016 Kia Optima its Midsize Car Best Buy, highlighting the sedan’s affordable luxury perfectly.

Kelley Blue Book uses the KBB.com Best Buy Awards to help consumers narrow down their new-car search. Each vehicle eligible for the award was analyzed and tested for a variety of components, including: vehicle sales, comprehensive pricing, costs of depreciation, insurance, maintenance, financing, fuel costs, and more.

Finally, KBB.com editors narrowed down the list of vehicles to 49 in 12 categories, then narrowed it down again with a stringent seven-week test period. It was then that the 12 winners in each segment were determined. The Best Buy Award winners represent the best-of-the-best in the automotive segment, which is why it’s really not surprising that the 2016 Optima has made an appearance as the Midsize Car Best Buy.

With an entirely new design, the Optima has been turning heads since its debut earlier this year at the New York Auto Show. It was recognized by KBB.com for its power, value, and technology. Not only does the Optima come standard with a rearview camera and two turbocharged engine options, but it also has available technology like a 360-degree camera, adaptive cruise control, and automatic braking—all for the low starting MSRP of $21,840.