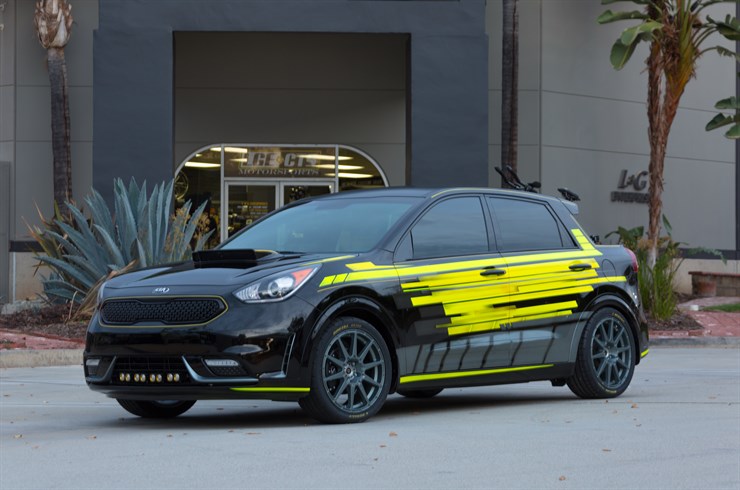 As previously mentioned here at The News Wheel, Kia has continuously made a name for itself at the SEMA auto show by bringing out-of-this-world concepts to life each year. At this year’s show, the South Korean automaker maintained this tradition by introducing attendees to four new lifestyle concept vehicles, including the Niro Triathlon, which was created for those with an adventurous side.

If you’ve ever trained for a triathlon (unlike me) then you probably know that it can be somewhat of a solitary experience. The long bike rides and runs can isolate you from your less athletically inclined friends. Kia intended to ease this extended period of alone time by introducing the Niro Triathlon. The vehicle was created, with the help of LGE-CTS Motorsports, to be a getaway of sorts for those who are in serious training mode. 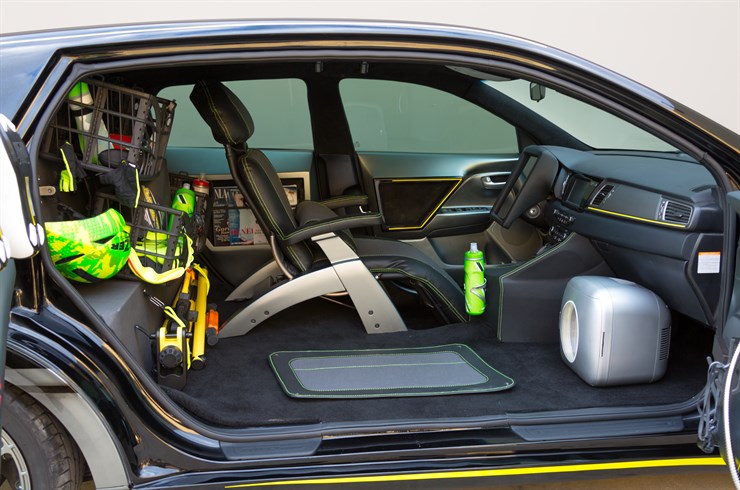 Inside the Niro Triathlon is a collection of useful tools 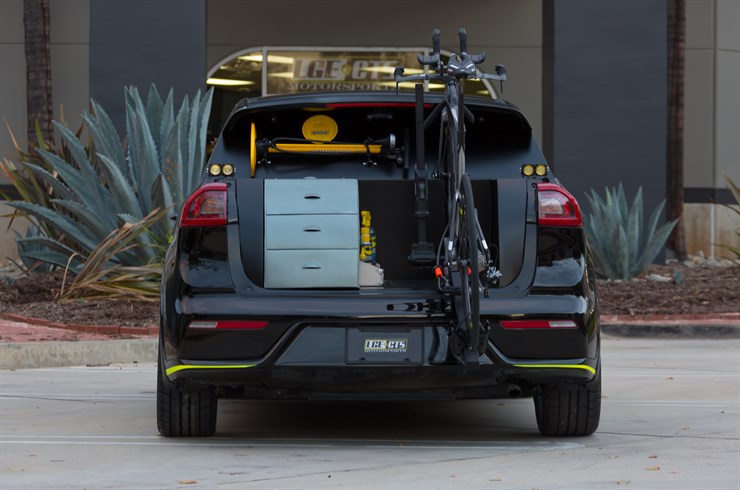 As an ongoing theme with most of Kia’s SEMA vehicles this year, the passenger-side B-pillar has been removed to create suicide doors for easy entrance and exit. Inside the customized Niro is a collection of useful tools for every triathlete’s need, including shoe hooks, a bike rack, a tool box, and even a portable shower. But quite possibly the most impressive feature of the Niro Triathlon is the laser LED road that is illuminated from the rear of the autonomous vehicle, which can monitor time, distance, and speed while the biker follows behind. The tablet inside the triathlon vehicle tracks performance details but can also be used for entertainment in the athlete’s down time.

The Niro Triathlon was designed for the comfort and practicality of a true athletic lifestyle. Whether or not it will be a reality any time soon is yet to be determined. When it comes to autonomous vehicles and catering to the needs of the adventurous, Kia is ready and willing.