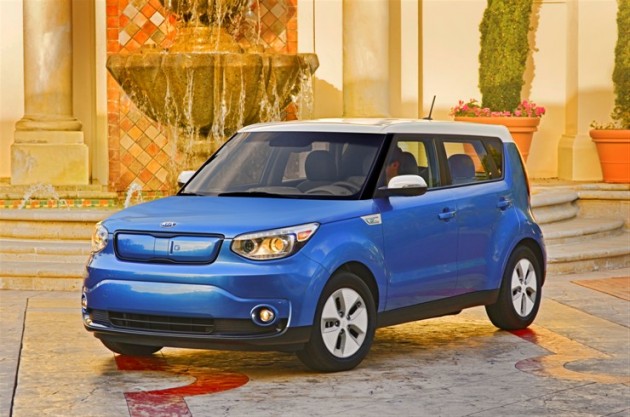 The 2015 Kia Soul EV, which is “good neither for your pocketbook, nor the environment”

It’s not unusual to hear someone badmouth Kia, but it is a bit odd when the person doing the badmouthing happens to be a Kia dealer. Yet that’s what happened when a car customer in British Columbia, Canada, inquired about a Soul EV at Kia of Vancouver.

The dealership’s internet sales manager, Phil Curtin, responded with a detailed letter claiming that the Soul EV was, like all EVs, just a waste of everyone’s time.

Thank you for your interest in the Soul EV.

Are you interested because you think an EV will save you money, or because you believe it will be good for the environment? Because realistically, it will do neither. The Carbon footprint of making the electric battery is equivalent to driving the gas powered luxury Soul for 5 years, and the extra 8-10000 $ you will pay for an EV, would pay for gas in a 2.0 l GDI four cylinder for 7 years.

So again, whatever your buying motivation, savings or environment, at this point in time, the EV is a social / political statement and is good neither for your pocketbook, nor the environment.

The customer was understandably surprised, and posted the letter online, which led to controversy and an eventual #sorrynotsorry from dealership owner Jason Wong, whose statement included this mea culpa:

Unfortunately, the tone of my salesman was very very poor. The exact same thing could have been said in a much more appropriate manner with less of a tone of “you shouldn’t buy an EV because blah blah blah blah”.

Of course, it should be noted that Kia of Vancouver doesn’t happen to carry the Soul EV, or any EVs. So that may be the true reason (or “blah”) that they’re so down on it there.

And as for the vehicle being “bad for your pocketbook,” while we can’t speak for Canadian dealerships, the Soul EV is at least the best value in America, according to Vincentric.