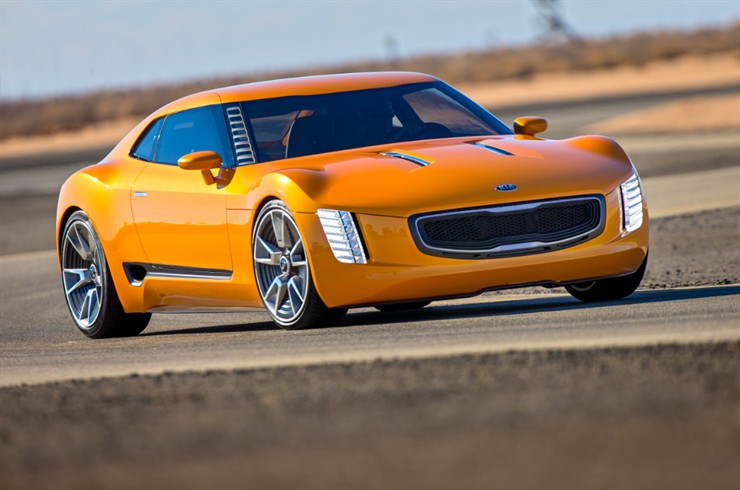 When the Kia GT concept car debuted in 2011, the industry couldn’t wait for it to enter production. Now, it looks like car lovers around the world are going to have to wait a little bit longer. Kia recently announced that the production version of the Kia GT has been delayed a year until 2017.

Rumors are flying around the industry about what the still-unnamed vehicle will look like, but there are few concrete details. According to a report from Auto Express, sources say that Peter Schreyer, Kia’s design head, has already passed the styling and the four-door sedan will have a similar shape to the concept car—with the exception of the suicide doors. It is also believed that the GT will share a rear-wheel-drive platform with the Hyundai Genesis.

While Kia GT production might be delayed with no information made concrete, we do know that Kia will probably be building another rear-drive concept car—the GT4 Stinger. Spencer Cho, Kia’s head of overseas marketing, has said: “We have very high intentions to put these models into production—we’re working on it.”

If that’s not an indication of the future for the GT and GT4 Stinger, we don’t know what is.