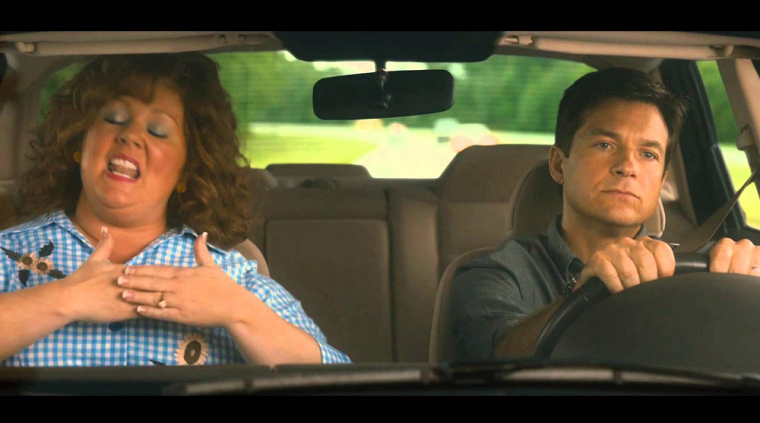 McCarthy, recently trending because of her Sean Spicer impression, is set to host SNL

Actress and Kia Niro spokeswoman Melissa McCarthy is set to host Saturday Night Live this weekend (Saturday, May 13th) and there has been a ton of hype around the event, ever since it was announced back in March. McCarthy has, of course, been a frequent guest on the show because of her hilarious, spot-on impression of Press Secretary Sean Spicer. This will be the fifth time the actress has hosted the show, with her first appearance in 2011.

Aside from some sizzling Spicey skits, what else should we expect from McCarthy? Honestly, I’m hoping there’s something car related in at least one of the sketches. Why, you may ask? Well, when it comes to some of McCarthy’s most notable scenes, many of them take place inside vehicles. Let’s take a look at a few of the funniest scenes from her movies.

In this film, McCarthy plays a con artist named Diana that steals the identities of random people and basically drags their names through the mud via missed court dates and buying drugs. Her co-star, Jason Bateman, is her latest victim and he ends up chasing her down in order to clear his name. One of the best scenes from the film is when the two are traveling in Sandy’s (Bateman) car and Diana starts singing along to every song on the radio.

Tammy (McCarthy) was having a rough time in her rural hometown in Illinois, after being fired from her job at the local fast food restaurant and discovering that her husband was cheating on her. In an attempt to start anew, Tammy asks to borrow her grandmother’s car to get out of town, but her grandmother (Susan Sarandon) requests to go along. The road trip-esque film has many memorable moments, but this one in particular had me chuckling.

The star-studded cast of Bridesmaids fills almost every scene with gut busting humor, but one of the more memorable characters was that of McCarthy, as top secret government worker and sister of the groom, Megan Price. At the extravagant bridal shower for Lillian (Maya Rudolph), puppies are given out as party favors and, well, Megan has some issues with restraint when it comes to the puppies. Check out the funny scene from the film below.

Obviously, it would be tough to have a full car scene on the set of SNL, but I’m still crossing my fingers for something *magical* (and hilarious) to happen.