Kia Partners with School of Rock at SEMA 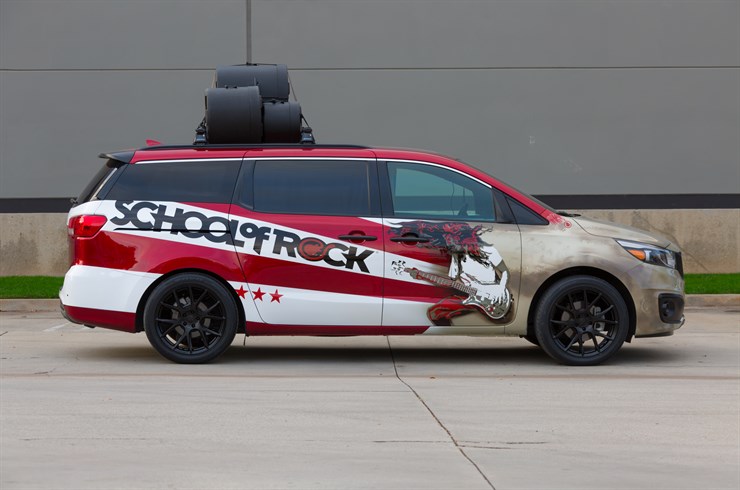 The School of Rock Sedona at SEMA

If there’s one thing Kia is currently obsessed with, it’s the autonomous lifestyle. The Korean automaker presented a total of four self-driving concepts at SEMA this year, allowing attendees to catch a glimpse of what life in the future could be like.

One of these aforementioned vehicles was a redesigned Kia Sedona minivan. Kia partnered with School of Rock, the leading organization in performance-based music education, to create the rock n’ roll branded van, complete with band equipment secured atop the roof rack and built-in amplifiers for potential roadside shows. 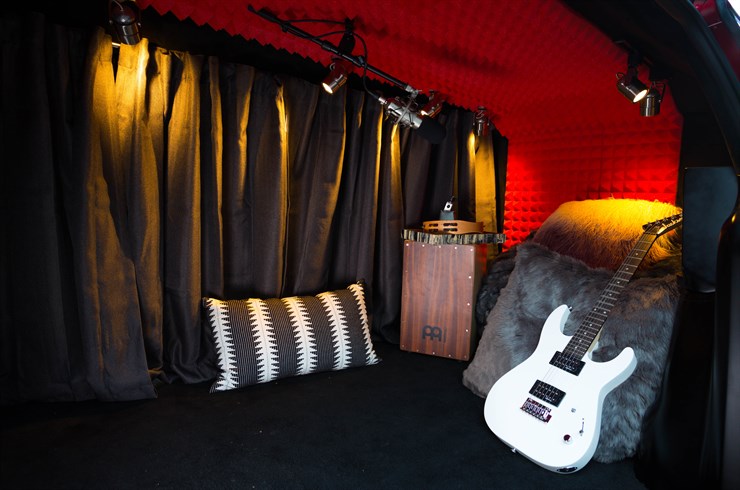 Inside the Sedona you’ll find everything a budding musician could need, including a working studio with digital sound mixers, dual-screen monitors, microphones, and various instruments. The chill zone interior only furthers the idea of the autonomous lifestyle and allows passengers to focus on making hits rather than worrying about using turn signals. 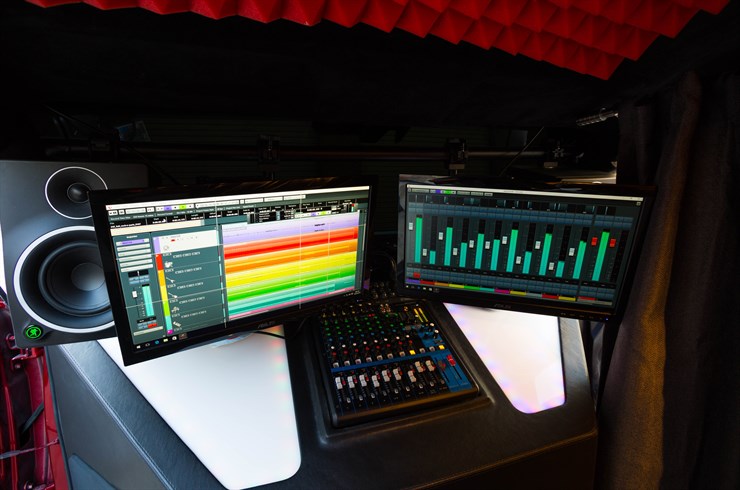 Modifications were made to the vehicle in order to include the mobile studio, including the removal of the driver-side B pillar, steering assembly, and gear selector. Of course, safety was an obvious concern for Kia as they rolled out this rocking concept. But not to worry, as the School of Rock wagon features the frame of the IIHS Top Safety Pick+ and NHTSA 5-Star rated Sedona.

Even if this concept doesn’t become a reality any time soon, it’s still a fun idea to consider for busy parents that have to cart around multiple kids to varying extracurricular activities. When the time comes for autonomous vehicles to become standard, we’re sure Kia will be ready.