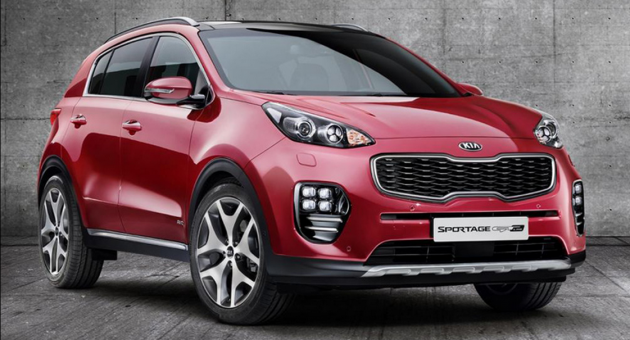 Kia is giving the public a glimpse of the 2016 Kia Sportage before its big debut. While the 2016 Sportage was unofficially caught on film in August, the official photos give us a better—less blurry—look at the new crossover.

The Sportage has a variety of new changes in design. It no longer offers integrated headlights, instead setting the lights father back in the fender design. Kia’s signature “tiger nose” grille is lower and wider than ever with a cluster of four round LED daytime running lights. The large wheel arches add a touch of aggressiveness to the design, while muscular angles and sharp lines create a handsome silhouette.

This new design was thought of at Kia’s European design studio, which is located in Frankfurt, Germany. Kia’s design centers in Namyan, Korea, and Irvine, California, also had input on the Sportage’s new styling.

Kia will produce the 2016 Sportage at its Gwangju plant in Korea and at the Zilina plant in Slovakia. While the Sportage is set to go on sale soon in Korea, it won’t arrive in the United States and Europe until early 2016. These markets will get an even better glimpse of the crossover when the 2016 Sportage debuts at the Frankfurt Motor Show on September 15th.