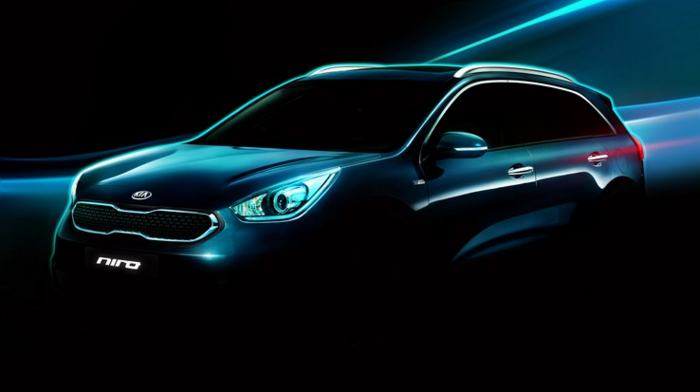 Kia gave us a first glimpse of the Niro production model, which will debut officially at the Chicago Auto Show

It looks like January is the month of sneak peeks for Kia. After unveiling the Telluride Concept at the North American International Auto Show earlier this week, the Korean carmaker has decided to reveal another look at its future. Kia revealed the first official images of the Niro, which is an all-new hybrid that is sure to turn the compact SUV segment on its head. We already had a glimpse of the Niro in concept form, so hearing that it is officially entering production is extremely exciting.

The Niro’s sleek and sporty styling was created through a collaboration between Kia’s design centers in California and Namyang, Korea. It combines the practicality of a compact SUV with the sexy styling of a car half its size. The Niro boasts an aerodynamic body that is sure to make the most of its hybrid powertrain, while the sculpted bodylines give the compact SUV an athletic, muscular silhouette. 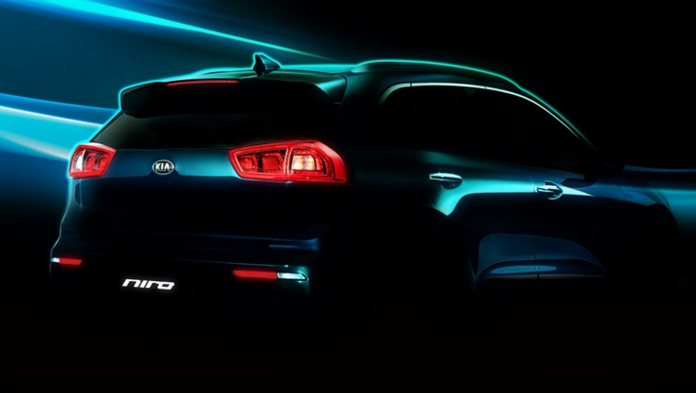 The Niro has a sleek, athletic design that makes for a very sexy silhouette

While the official specs for the Niro’s powertrain are unknown, the brand claims that the model will achieve a sub-90 g/km CO2 emissions rating. This is in part to Kia’s new dedicated eco-car platform, which features a downsized gasoline-electric hybrid powertrain.

Kia will unveil the Niro officially at the Chicago Auto Show in February. So be prepared—the compact SUV segment is going to change, as we know it.