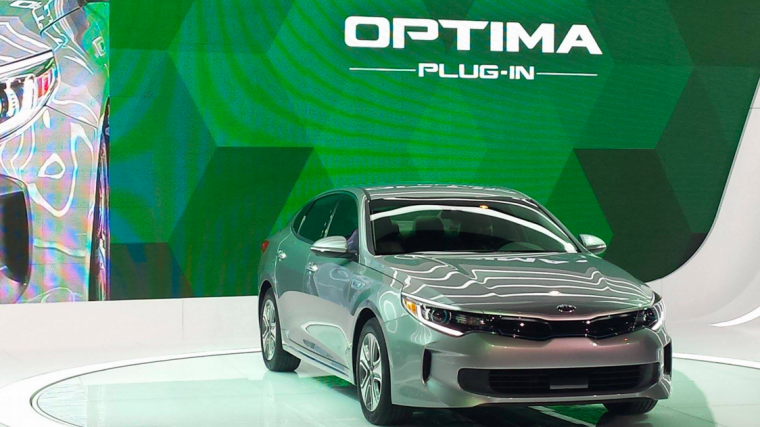 Kia has been making a move towards a greener model lineup over the recent years and it looks like this isn’t going to stop any time soon. During our live coverage of the 2016 Chicago Auto Show, The News Wheel got to see the big reveal of Kia’s first-ever plug-in hybrid—and it’s pretty freakin’ awesome.

The all-new 2017 Optima Plug-in Hybrid offers consumers an eco-friendly way to get the Optima sedan’s style. Though it has similar styling cues as the gasoline- and hybrid-powered Optima models, the plug-in also has a few special touches that help it stand out. This includes a distinctive instrument cluster, a hybrid-exclusive LED headlight design, specially designed alloy wheels, and the most advanced UVO infotainment system yet. 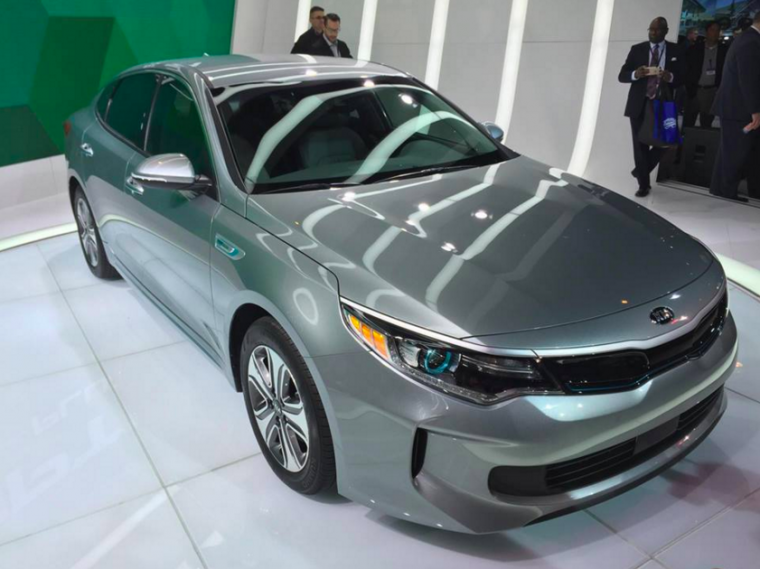 Though it shares styling with the gas-powered Optima, the PHEV has a few Hybrid-exclusive features that truly turn heads

Under the hood, this PHEV combines performance with fuel efficiency thanks to Kia’s highly efficient 2.0-liter “Nu” four-cylinder GDI engine, which is mated to a six-speed automatic transmission. This powertrain gets an impressive, class-leading 154 horsepower. Paired with this gasoline is a transmission-mounted 50 kW motor, which is 42% more powerful than last year’s Optima Hybrid’s motor.

With this powerful powertrain set up, the Optima PHEV will get an estimated 600 miles of total driving range.

The Optima PHEV’s top-notch, eco-friendly performance is only enhanced by the fact that it provides the driver the ability to reserve electric range through a plug-in hybrid mode select system. This way, you can select an All-Electric Mode, Hybrid Mode, or Charging Mode, which keeps your range numbers up. 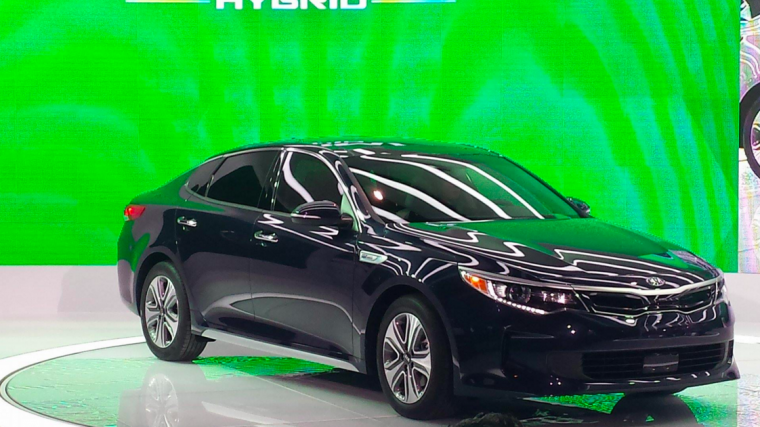 The 2017 Kia Optima Hybrid also debuted alongside the PHEV

Along with the 2017 Optima Plug-in Hybrid model, Kia also introduced the newest Kia Optima Hybrid. It features the same redesign as the gasoline-powered model, along with a new hybrid powertrain that helps improve fuel efficient 10% over last year’s model.

I’m not sure about you, but I personally think Kia is going in the right direction with its green car lineup. What are your thoughts on these new eco-friendly models?