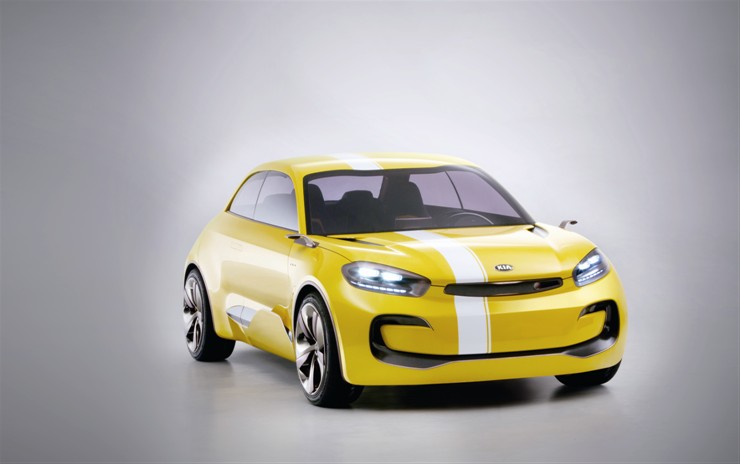 The 1.6-liter GDI turbocharged engine of the KND-7 can produce 201 horsepower.

The KND-7 concept, as Auto Week notes, is quite identical to the Cub four-door coupe that premiered at the 2013 Seoul Motor Show this past March. It is also noted that the KND-7 is a reinterpretation of the Kia Kee 2+2 concept that turned heads in Frankfurt seven years ago.

Kia’s press release details the KND-7 concept’s powertrain, which will feature a 1.6-liter gasoline direct injection (GDI) turbocharged engine that is said to put down 201 horsepower.  The KND-7’s face features a dip at the top of the windshield, which is a design element similar to that seen in the Optima, Sportage, and Cadenza.  It also features a shallower grille that features the engine’s turbocharger’s air intake.

For more news on Kia’s presence at this month’s CES, bookmark The News Wheel!