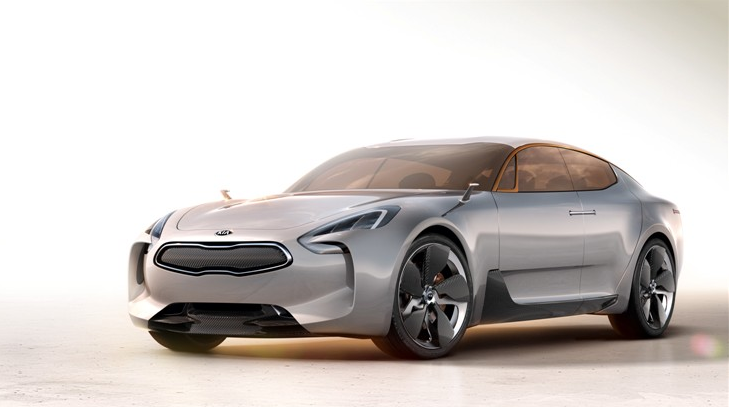 Kia is looking to introduce more performance-oriented models, like a sedan based on the Kia GT Concept (above)

Kia is known mostly for offering luxurious features at an affordable price—it isn’t the type of brand that is associated with performance by any means. While it does have some pretty great engine options, the idea of a performance car coming off a Kia assembly line seems a bit obscure. At least, until now.

It’s time for German carmakers to watch out, because Kia is gunning for them. The South Korean carmaker is looking to make its next-generation vehicles more fun-to-drive than ever before, taking the brand’s lineup in an entirely new direction.

We already know that a version of the brand’s stunning GT concept is making its way to dealerships, heightening the brand’s performance credibility. This new Kia model will arrive in 2017 and will be a four-door coupe that offers a turbocharged four-cylinder engine, a turbodiesel, or a turbocharged 3.3-liter V5 that churns out 380 horsepower. Now, performance-oriented models will show up in some of the brand’s most popular models as the GT trim.

Kia already gave the world a look at the Kia Optima GT, which debuted last year at the Frankfurt Motor Show. Joining the Optima GT will also be a Kia Rio GT, which will enter the hot hatch segment with a turbocharged three-cylinder engine. According to Digital Trends, Hyundai-Kia’s head of performance development, Albert Biermann, has even talked about getting a Kia Sportage GT, though there has been no official confirmation about this performance-oriented crossover.

It might be awhile until we see Kia’s GT lineup in the United States, but here’s hoping that we do get these models sooner, rather than later.