When you think of Kia, you probably think of unique premium vehicles at an affordable price. But Kia is looking to shake things up a bit, and it’s doing so in a big way.

During the 2015 SEMA Show next month, the Korean carmaker plans on debuting an extreme version of the 2016 Kia Sorento designed specifically for those consumers that like to blaze their own trails. The PacWest Adventure Kia is an off-roader through-and-through. According to Kia, the custom concept is a “tough, off-road utility vehicle equipped with custom suspension, snorkel intake system, and a paint scheme inspired by the lush forest of the region.” 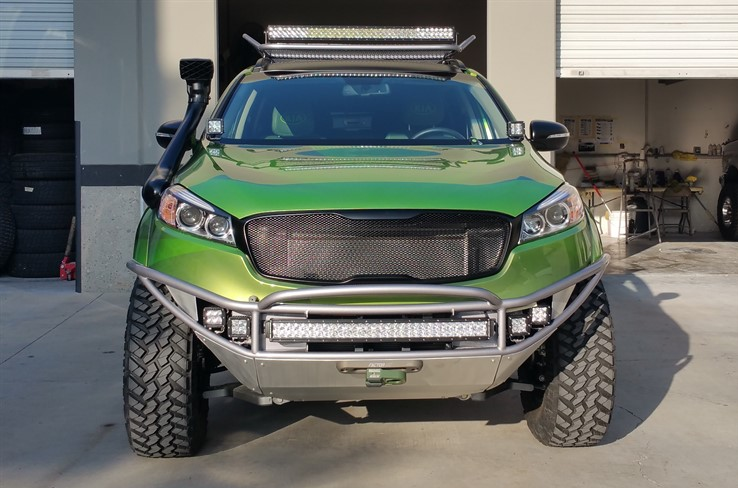 The teaser image showcases the Sorento’s off-roading capabilities with large off-roading tires, high ground clearance, and roof bars that feature an LED bar for when you want to take on the wilderness at night. It also comes with a bull bar that is also finished off with LED lights.

Kia has also customized this Sorento with a protective shield underneath the engine, along with a snorkel intake system and an aggressive front fascia. If this vehicle isn’t perfect for a getaway car, we don’t know what is.

We don’t know much about the powertrain, but we’d guess it’s just as trail-worthy as the rest of the crossover. We’ll know for sure once the PacWest Adventure Sorento hits the SEMA Show floor soon.