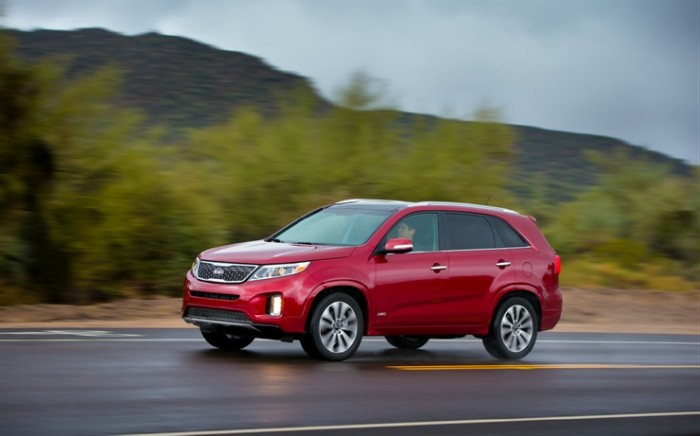 Across the globe, various countries have annual “Car of the Year” awards—and Canada is no exception. Though our neighbors to the North are known for their hockey, maple syrup, and friendly countenances, they also have some mighty fine tastes in automobiles. That’s why it comes as no surprise that the Kia Sorento has been nominated as one of the finalists for the Canadian Car of the Year awards.

Interested in the Kia Sorento? Learn more about the Car of the Year nominee here

For these awards, each of the nine automobile segments has a total of three finalists. The Kia’s popular Sorento is going up against the likes of the Honda Pilot and Hyundai Tucson in the Best New SUV/CUV ($35K-$60K). Journalists that are part of the Automobile Journalists Association of Canada determined these finalists.

The vehicles were taken out for four days of testing in Clarington, Ontario, before casting their votes. Testing was conducted on a variety of routes, including public roads, a handling course, and a performance course. It covered a range of conditions that consumers might encounter in everyday driving.

Expand Your Knowledge: Check out Kia’s rich and full history