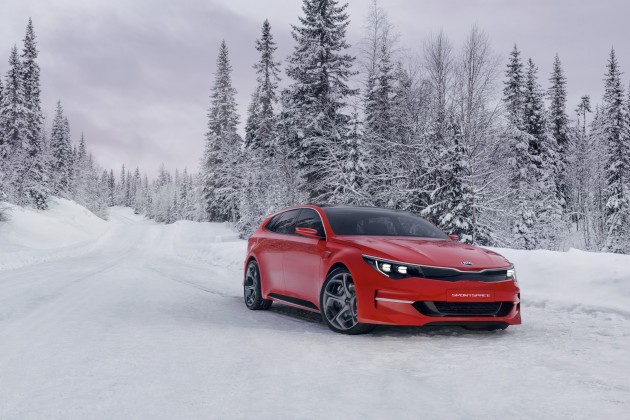 In advance of the Kia Sportspace concept’s debut at the upcoming 2015 Geneva Motor Show, the Korean automaker has just released photos of the new vehicle which show off its wagon body-style and modern interior.

Designed under the direction of Chief Designer Europe, Gregory Guillaume, at Kia’s Frankfurt design studio, this European D-segment/midsize estate was created “for fast and efficient travel with maximum comfort and minimal stress, in the best grand touring tradition of the weekend getaway.” (Between this, the recently debuted Kia Trail’ster concept, and that Pierce Brosnan “Getaway” ad for the Sorento, Kia really has wintery getaways on the mind as of late…) 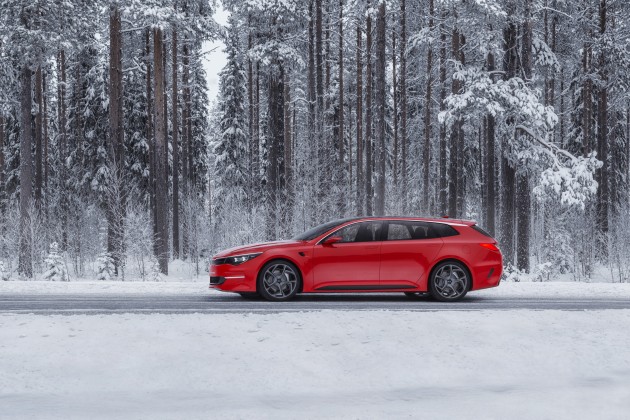 “We set out to design a car that is a totally new breed of grand tourer—one for active people who need reasonable cargo space on the weekend, but don’t want to compromise moving around in style, comfort and with an element of sportiness,” said Guillaume.

Thanks to the Sportspace’s distinctive tiger nose grille, there’s no mistaking it for a Kia, although the wagon’s cabin is a bit more unconventional, featuring a central spine and high-tech instrument panel. 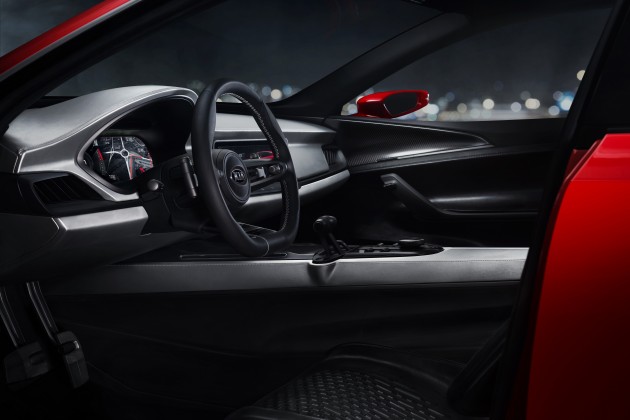 There’s also an all-glass roof and four racing bucket seats inside the Kia Sportspace concept, which goes a long way towards making this station wagon look a lot cooler than any station wagon has the right to look. 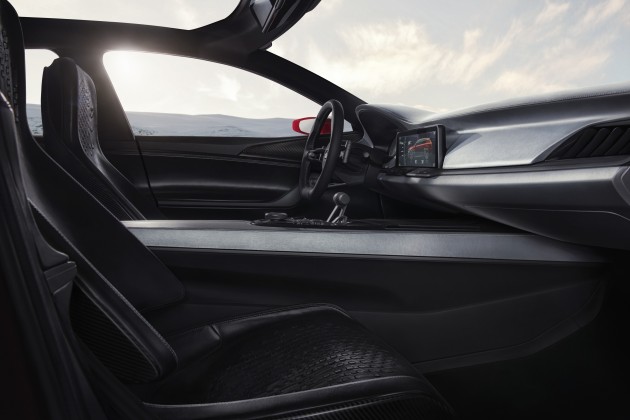 Right now, it’s impossible to say if this will ever go into production, but it’s meant to be a preview of what the next Optima may look like. Whether that means the Optima will be made available in wagon form (in Europe or America) is also impossible to say right now.