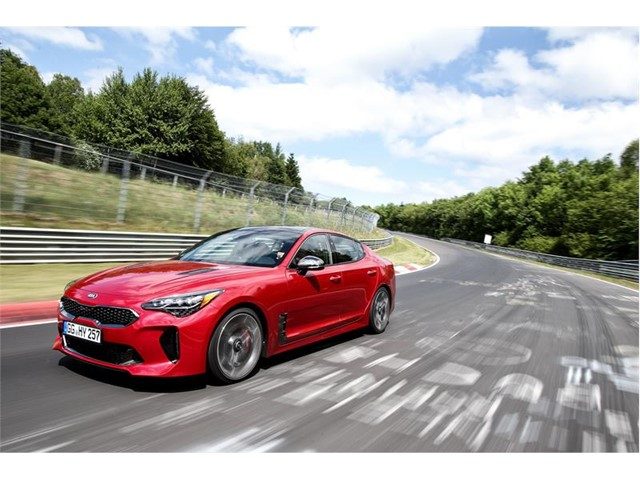 It’s been a busy summer for Kia. Not only has it been winning awards like the Top Safety Pick +, the Best Family Cars of 2017, and the 2017 IDEA bronze medal for its Telluride concept car, but the manufacturer has also been ramping up testing for its Stinger model. Set for an international release later this year during Q4 2017, this flashy gran turismo ride is undergoing testing to maximize qualities like handling, safety, and aerodynamics.

As far as handling goes, the current goals have been to create top-notch steering and suspension features across all Stinger models, whether the 2.0-liter turbo gasoline or the 2.2-liter diesel versions. To this end, Kia engineers are fine-tuning the Stinger’s handling. First of all, the model has two different types of suspensions: struts in the front with a stand-alone multi-link suspension in the back. DSDC (Dynamic Stability Damping Control), an adaptive system that communicates with the car’s braking, acceleration, and steering sensors, will help increase the car’s response. Drivers can use the Drive Mode Selector feature to select Normal or sport modes. The first is more suited to ordinary driving conditions, maximizing ride smoothness and maximum passenger comfort; the second gives drivers precise response and control on more thrilling rides. 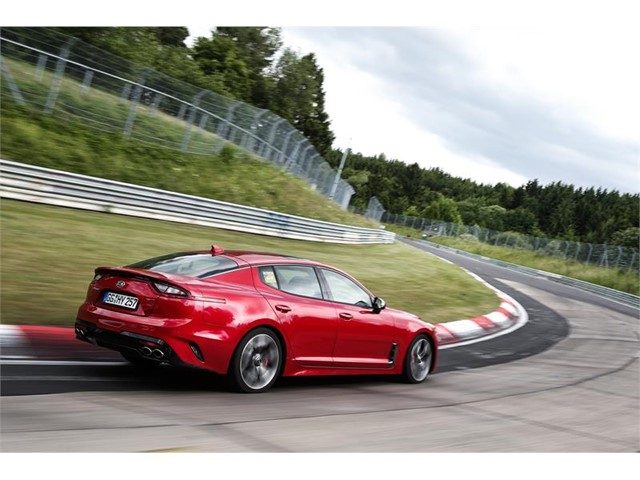 The Stinger is set to have the safest, most high-performing braking system of any Kia model up to date. Engineers are actively engaging in high-speed tests so the Stinger has the capacity to “stop on a dime.” Considering this model is capable of going from 0 to 100 kph in just 4.9 seconds, responsive braking under high-speed circumstances is a must. Downhill brake tests have been done in the steep, snowy Großglockner High Alpine Road region as well as Nürburgring, Northern Germany, and portions of Spain. 3.3-liter Stinger models boast a new braking system that stems from a partnership with Brembo. The brake system not only has forceful calipers, but it also has unique holes and grooves to minimize fade levels and maximize heat resistance.

Kia engineers are also perfecting the Stinger by tweaking its already-streamlined profile. Because every gran turismo car needs superb aerodynamics to maximize drag when zipping along on athletic long-distance drives. As Gregory Guillaume, Kia Motors Europe’s Chief Designer, puts it, “It’s not about outright power, hard-edged dynamics and brutal styling all at the expense of luxury, comfort and grace. The new GT has nothing to do with being the first to arrive at the destination–this car is all about the journey.” Kia’s designers and aerodynamicists have united forces to maximize the Stinger’s capacity to slice through the air. Using CFD (computational fluid dynamics) software, the team refined the Stinger’s design. They also reduced the height of the roof towards the back of the car, both to improve efficiency and to enhance the car’s fastback style.

We look forward to later this year, when the Stinger emerges from its “crucible” of testing more graceful and athletic than ever.