No one likes a tease—unless it’s Kia. The Korean carmaker recently released three renderings of the next-generation Sportage, just before the model’s debut in September.

The fourth-generation Sportage will be unveiled on September 15th at the 2015 Frankfurt International Motor Show, showcasing a brand-new design. According to Kia, the new crossover will have “a bold, progressive design,” as is illustrated in the new Sportage teaser images. The new design is supposed to “exude power and agility from every angle,” which it easily does.

Just like the exterior, the newly redesigned Sportage’s interior also conveys a modern, yet elegant style. The teaser image highlights comfortable looking seat, a sophisticated and uncluttered dash design, and sweeping lines throughout. 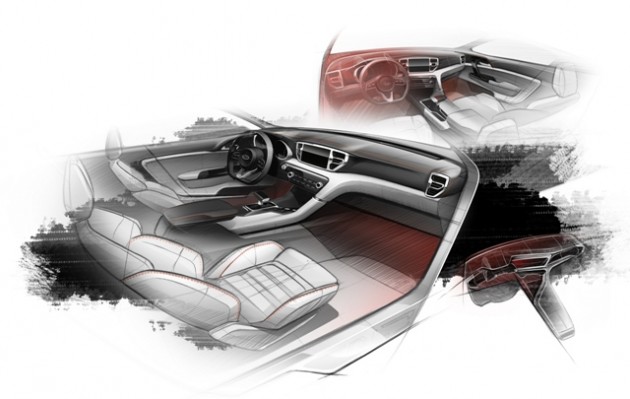 While the actual production Sportage is likely to look less dramatic, the teaser images sure raise the bar high for the Korean carmaker. The new Sportage will share a platform with the new Hyundai Tucson, offering either a 164-horsepower 2.0-liter engine or a 175-hp 1.6-liter turbo for a powertrain.

Related: The History of Kia

This is the first time Kia will debut the Sportage globally, showcasing the Korean carmaker’s new focus on producing more globally appealing vehicles. Hopefully, the model that shows up in Frankfurt looks similar enough to the three teaser images.