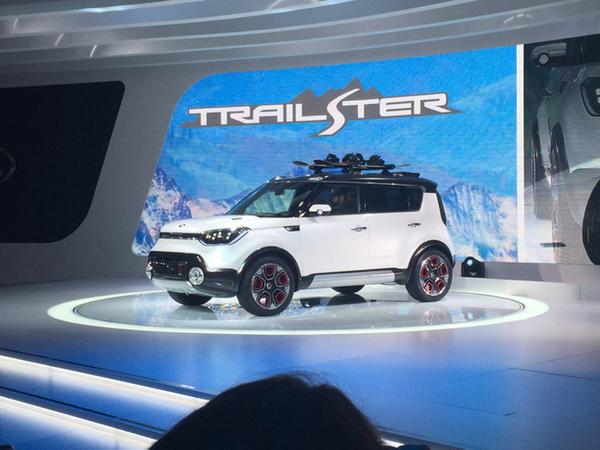 The Kia Trail’ster reveal at the Chicago Auto Show

This morning, Kia kicked off the Chicago Auto Show by unveiling an awesome concept vehicle that we really, really hope makes it to production someday. The electric all-wheel-drive Trail-ster concept takes everything we already love about the Kia Soul and adds some bad-assery to make this one formidable off-road machine. 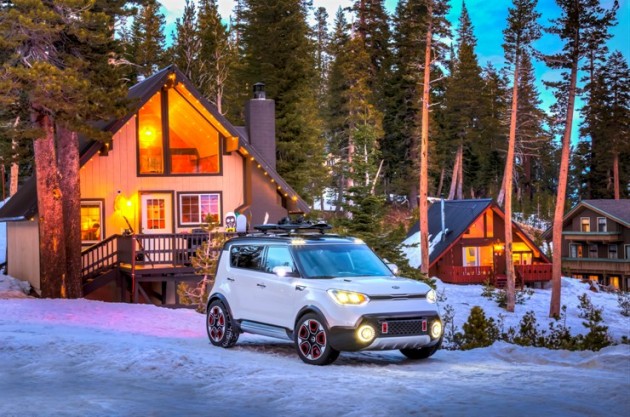 The Trail’ster was designed at Kia Design Center of America (KDCA) in Irvine, California, which was also responsible for such incredible concept vehicles as the Track’ster and the GT4 Stinger. The Trail’ster features aluminum skid plates and a rollback canvas roof, as well as a simple but appealing white/bronze/red color scheme. It’s powered by a 1.6-liter turbocharged gasoline engine that’s paired with an electric motor, which is good for a 25 – 30% increase in city fuel efficiency from a regular Soul. Together, these motors can make a total of 220 horsepower and 285 lb-ft of torque.

As for whether or not we’ll ever see this vehicle on our roads, Tom Kearns, the chief designer at KDCA, had this to say: “The Trail’ster concept is a near-future look at how the production Kia Soul would logically evolve into an AWD-capable version that’s built to escape the city streets and roam into the mountain wilderness. It takes the go-anywhere capability of an SUV and reimagines it within a compact and sporty package with an expressive design to match.”

Yep, an AWD Soul could be on the horizon in the next few years. Hopefully, when it arrives, it’ll look exactly like the Trail’ster, because it’s beautiful.

Stay abreast of the latest Chicago news via our live Twitter feed.