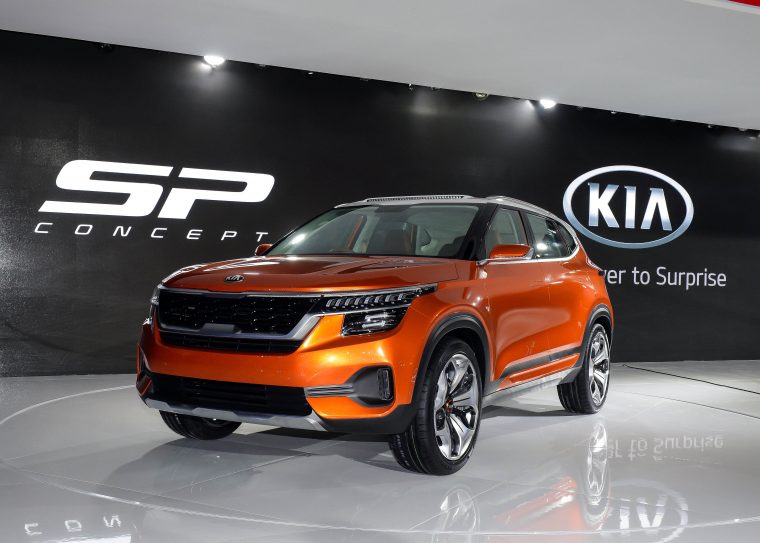 We got our first glimpse of Kia’s SP2i, a completely new compact SUV which is going to be produced by at its Anantapur facility in Andhra Pradesh, India.

Buy or lease? Find out the difference between the two and which is right for you

We know that Kia’s SP2i is based on the SP Concept, but we know little beyond that. It was shown in a heavily camouflaged form at an event celebrating the Anantapur plant reaching a pre-production assembly stage. The model’s official name hasn’t been revealed yet, but Kia held a contest to choose the name of the car and the top choices were Trazor and Tusker near the end of the campaign.

The SP Concept takes a cue from the Hyundai Creta with the basic overall design, but we think Kia will add some premium options not available on the Creta to distinguish it. We hope the SP’s standout grille and geometric headlights make it to the actual production.

Kia announced that the SUV will hit the market in late 2019 with petrol and diesel engines options, but it didn’t mention a hybrid version, which seems a little ironic considering the company recently gave a Soul EV to the Andhra Pradesh government in hopes to bolster electric vehicle technology in the area. The Soul EV isn’t the first electric car to be gifted, as Kia has handed over Niro EVs and plans to contribute 16 electric vehicles by 2025.

New car smell: Five models that made the best choices list when looking for a new vehicle

It seems odd that Kia hasn’t jumped at the opportunity of producing electric cars — or at least hybrid ones — considering that the Anantapur plant is the first Kia factory to be located in India. We’d expect to hear some sort of PR statement about its intent to produce hybrid or electric cars in India at the new factory, but Kia hasn’t announced anything yet.