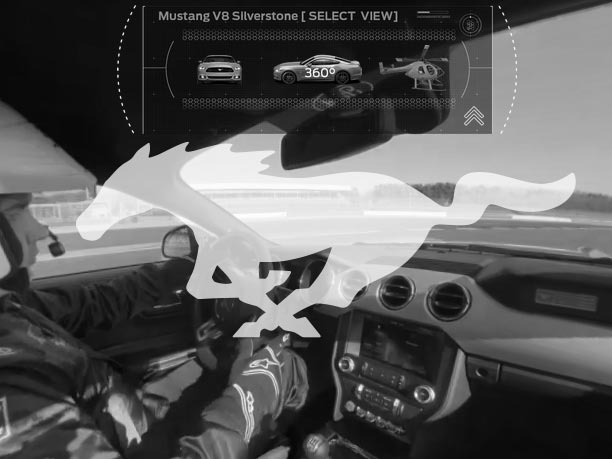 Ford this week released an interactive video that allows those who might not otherwise have the opportunity to experience 1) the awesome power of the 2015 Ford Mustang GT’s 5.0-liter V8 engine 2) that awesome power being utilized to tame the unruly curves and corners of the Silverstone race track to experience…well…a Ford Mustang GT whipping around Silverstone at full-speed.

“This video is a lot of fun, it makes you feel like you’re behind the wheel of a Mustang,” said Tom Barnes, Mustang vehicle engineering manager. “You have complete control of your view as if you’re actually driving on the track.”

The footage used in the video was recorded in a single day with the help of six different GoPro cameras, some front bumper cameras, and a drone. The end result is something resembling a living panorama, and the closest experience you’ll have to being behind the wheel of a Mustang on a race course just short of actually doing it.

A simpler but no less enjoyable version of the film is included below: