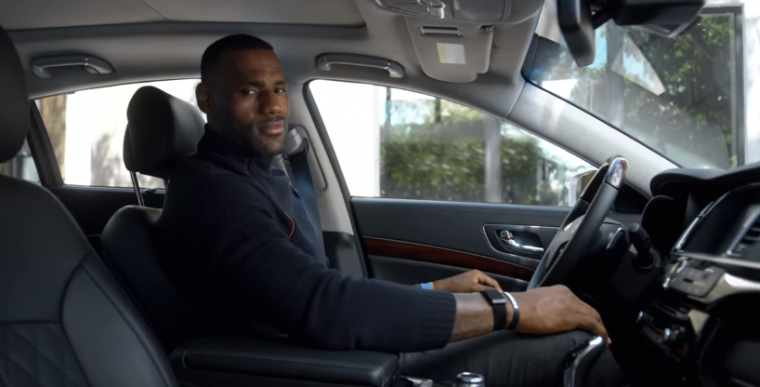 Mr. James says he drives the Kia K900 to basketball games on occasion

When you’re one of the biggest sport stars in the entire world, it’s understandable that people are going to talk about you and LeBron James is certainly used to the attention.

Before he won two NBA championships with the Miami Heat, people often criticized James as not being a clutch performer and even suggested he couldn’t handle the pressure that came with playing in big games, but all that talk ceased when James added his second championship ring.

Once again, James is dealing with criticism, but not in the way many would expect. Instead of being pestered about when he’s going to bring a championship to the city of Cleveland, it seems more people are interested in what car LeBron actually brings to the arena.

James has a partnership with the Kia brand. In one particular commercial, he can be seen relaxing in his very own K900 as a means to escaping all the busyness occurring at his private mansion, but the question remains: Does LeBron actually drive the Kia K900 in his free time?

One Twitter user actually bet $10 million via the social media platform that LeBron doesn’t drive the K900 to Cavalier games, to which LeBron responded to–in a new commercial–by saying he drives the K900 to games on occasion and that he is looking for the person who sent the tweet, so he can collect the $10 million.

The new Kia commercial is the first of three in which James will be addressing critics who say mean things about his partnership with Kia.

“I was a Kia K900 driver and fan before we decided to become partners,” said the 30-year-old James. “For me, a partnership has to be authentic and real to who I am, and that’s what makes this one so special.”