Lincoln Navigator Concept Turns Up at Ford of Canada HQ 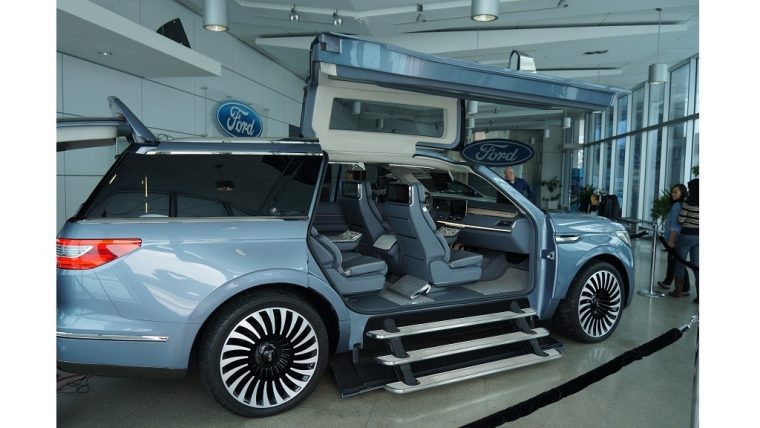 Lincoln is likely to reveal the next-generation Navigator SUV sometime later this year, but in the meantime, the Navigator Concept that made its world premiere at the New York Auto Show last year is still making the rounds at auto shows where it continues to draw oohs, ahhs, and some puzzled stares.

Last month, Lincoln rounded up its boatish concept for a trip to the Canadian International Auto Show in Toronto; along the way, it made a special stop at Ford of Canada headquarters, where it sat enormously with one of its weird gullwing doors hanging open like some great predatory bird half-ready to strike out at passersby or perhaps even sheltering a youngling. It also had its concertina steps deployed, which is also a rather unique thing.

Said Ford of the visit: “The Canadian team was also able to explore the serene interior of the Lincoln Continental through a unique virtual reality experience. Full of questions, as well as positive comments, it’s safe to say employees are excited about the Lincoln brand, the current products, and the future.” 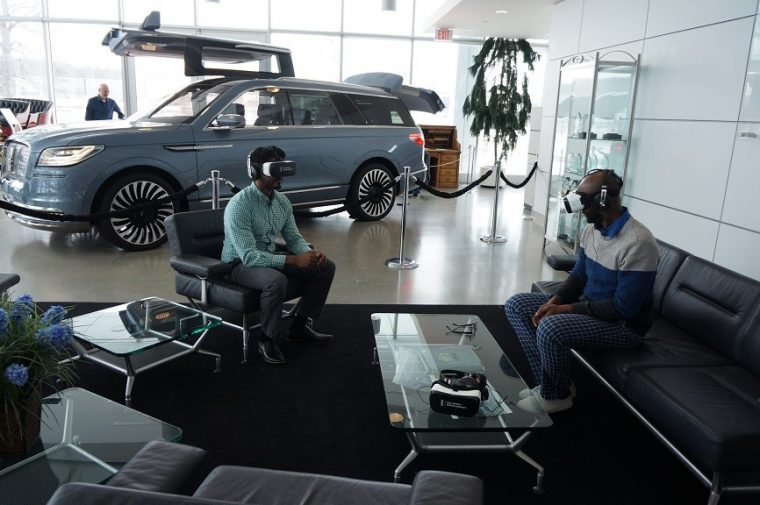 Hooray for the future!

Lincoln’s Latest: The Continental returns at long last, and it is a luxurious beast