Kia’s sexualized hamster is 100% done with the haters

There’s an old car joke about a guy who walks into a parts store and says, “I need a gas cap for a Kia.” The owner looks up and, without missing a beat, answers, “Okay, sounds like a fair trade.”

Kia used to be the punching bag of car snobs everywhere, and there was a time when automotive enthusiast Jay Leno would never pass up a chance to mock the Korean automotive company on his Tonight Show (Example: “97 mph winds in L.A. today. It was so windy I saw a Kia going uphill”). But twenty years have now passed since the company’s 1994 US debut, and a lot has changed in that time. Leno (finally) isn’t on late night television anymore, and Kia isn’t the laughing stock of the car industry anymore, either. Unfortunately, a lot of casual observers haven’t realized that yet – they still think that Kia sucks.

Michael Sprague, Kia’s chief marketer here in the States, told Ward’s Auto, “When I came into the position six years ago, in my head I thought it was going to be about a five-year period of time to change (Americans’ perception of us). And it has changed. But I’d like it to go faster. I haven’t gotten everybody yet.”

Kia finished sixth among car brands on this year’s J.D. Power & Associates’ Initial Quality Study, above competitors like Honda, Nissan, and Subaru. It even topped premium brands like BMW, Mercedes-Benz, and Audi – high-end companies that Kia rather ambitiously hopes to compete with in the near future.

However, while industry experts have noted Kia’s rise in quality, the public has yet to catch up. In this year’s ALG Brand Perception of Quality study, respondents placed Kia below all of the aforementioned automakers that it had bested in the Initial Quality Study. Kia was ranked third-to-last in brand perception, above only Daimler’s struggling Smart and the bankrupt Suzuki brand. 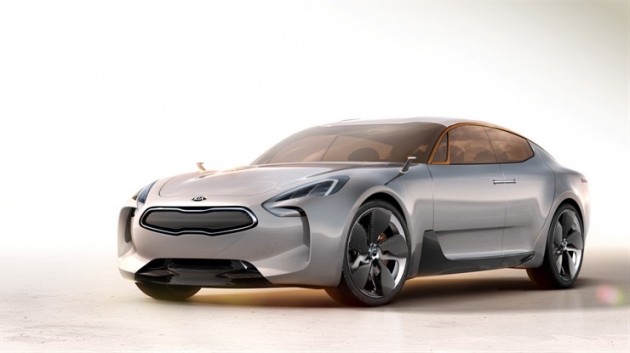 The Kia GT Concept, which the company hopes will hold its own against Bimmers and Audis

“The reality is it’s almost a complete inverse, we’re above all those brands,” Sprague said about Kia’s poor finish in the ALG study. “So this is a challenge we continue to face. As the head marketer my biggest challenge is to change the perception.”

So what is it he’s going to do to endear Kia to the public? “It’s doing ride-and-drives at the auto shows, it’s showing up at food-and-wine events with vehicles like the K900, it is (participating in) motorsports to influence those all-important enthusiasts,” Sprague said. 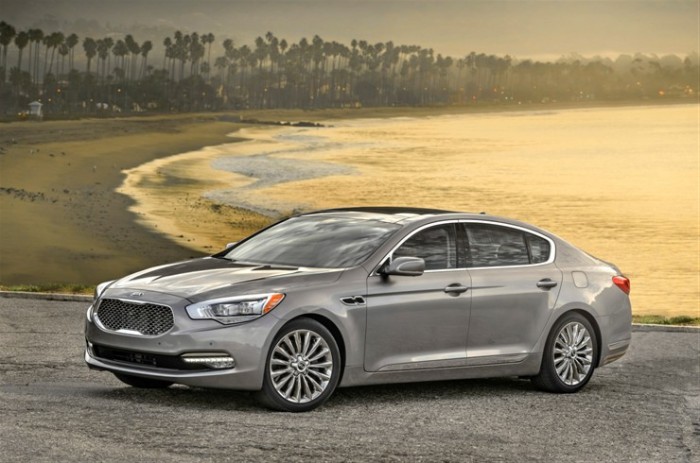 The K900, the company’s first full-size sedan, and a luxury vehicle that will hopefully debunk the “Kia sucks” argument

Kia has also pulled its sponsorship of The Voice due to declining ratings, and is now advertising during NBC’s insanely popular “Sunday Night Football” pregame show. “Sports still is the one thing consumers are watching in real-time,” Sprague says, which is why Kia also remains the official automotive sponsor of the NBA and the LPGA.

Hopefully the people who still think Kia sucks are the same people who follow golf, basketball and football – because they certainly aren’t following the auto industry.