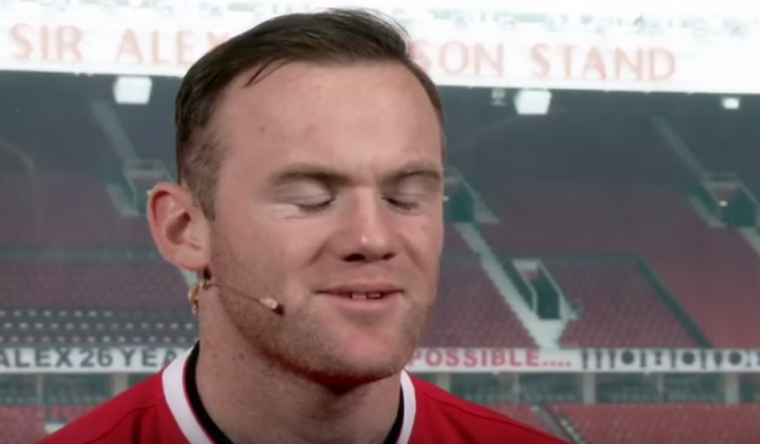 There’s a popular perception in the world of soccer that Manchester United captain Wayne Rooney isn’t exactly the sharpest cleat on the pitch. A new behind-the-scenes video from Chevrolet probably won’t do much to disabuse fans of that notion, though it does seem to suggest that, at the very least, the rest of Rooney’s Man Utd teammates aren’t too bright, either.

Chevy Plays Soccer: How Chevrolet is expanding its “One World Play” project

Of course, these bloopers don’t actually prove that Manchester United players are dumb—simply that they’re not that great at reading off of cue cards. From Daley Blind’s unusual pronunciation of the word “crisps,” to Marouane Fellaini’s titanic struggle with the word “dealerships,” one gets the impression that the lads should stick to soccer.

And that’s fine—not every athlete possesses the innate commercial acting ability of, say, a David Beckham. In fact, the Fellaini’s butchered lines probably aren’t as embarrassing as Phil Jones, Marcos Rojo, and Ander Herrera all failing to execute tricks.

But the boys’ awkwardness in front of the camera probably won’t stop Chevrolet from continuing to have them promote the company as much as possible. The American automaker’s $600 million sponsorship deal represents a sizeable investment in the team, so expect to see more of Rooney and his mates shilling for the bowtie brand (and, one hopes, driving some of their cars).