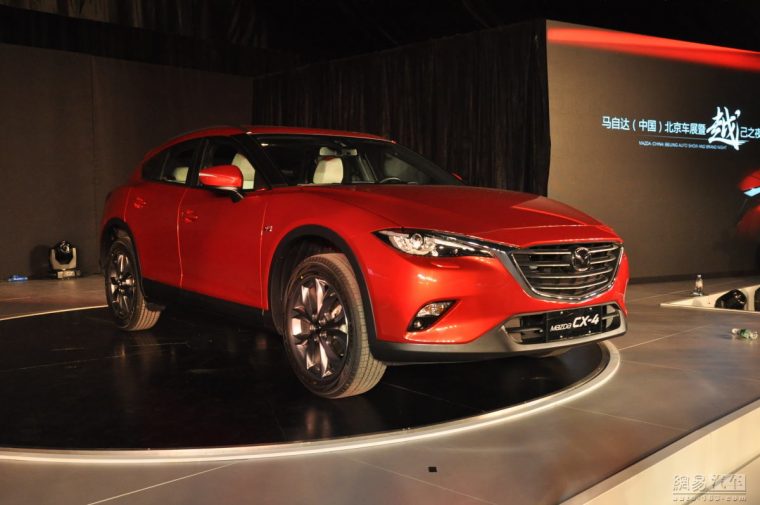 China is probably one of the most important car markets at the moment, as an area with one of the largest consumer bases in the world—and there, as everywhere it seems, SUV sales are on the rise (although possibly this is especially true in China).

So, keeping up with this trend, Mazda recently unveiled a new addition to its lineup of crossovers with the CX-4, based very heavily on the popular Koeru concept. In looks, it is very close to the rest of Mazda’s new lineup, with the closest comparison being Mazda’s other compact crossover, the CX-5.

Making New Things: It may not be Pi Day, but we can still make some pie

However, the CX-4 is intended to be sportier than the CX-5—the word “coupe” is used a lot by the automaker to describe its character. As such, it is lower and longer than the CX-5 (although sill the same width). Inside, though, most all of the car’s elements are taken from the Mazda3, with a few dashboard and console changes, plus the addition of an electronic handbrake.

The CX-4 will come with one of two engines, either a 2.0-liter four-cylinder delivering 156 hp, or a 2.5-liter four-cylinder delivering189 hp. Either way, for now the CX-4 will remain an entirely China-exclusive model, although there are inklings that the CX-4 may eventually see other markets, as officials have commented that they are evaluating other markets in the near future.

Working to Get Better: Mazda is hosting a Master Technician Competition