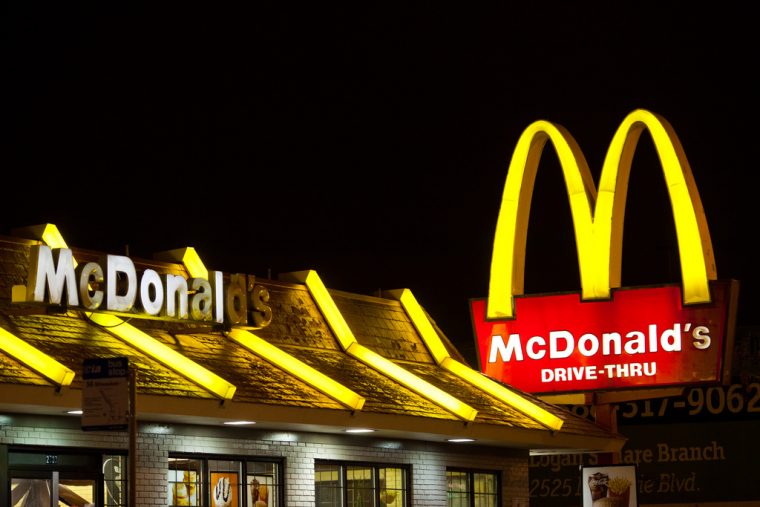 A McDonald’s in Wales has opened up a 2:30-4:00 am “walk-thru” option for people that are too drunk to use the drive-thru, and I am outraged.

Yes, outraged that the United Kingdom was the first to come up with such a quintessentially American idea.

You see, recently McDonald’s has been making a valiant effort to appeal to the same “drunk and hungry at 3:00 am” demographic that has long been Taco Bell’s bread-and-butter (or rather, tortilla-and-sauce packet).

The golden arches began reaching out to its booze-loving customer base when it announced all-day breakfast items back in September, but bungled that move by leaving McGriddles off of the menu. Fortunately, that mistake will be corrected this fall.

But the latest brilliant McInnovation comes to us courtesy of Wales, where a McDonald’s in the town of Llandudno has reportedly created a late night walk-thru for customers that are too drunk to use the drive-thru, but just the right amount of drunk to think that two Big Macs is an acceptable bedtime snack.

The restaurant’s close proximity to a nightclub called “Broadway” is what inspired the owner to test out the walk-thru option. It proved so popular with Welsh clubgoers that the location is making its walk-thru a permanent addition.

“Our ‘Drive Thru’ is now open as a ‘Walk Thru’ between 2.30-4am!!,” the eatery wrote on its Facebook page. “So when you need a little pick me up at the end of Broadway you know where to come!!”

This walk-thru is a breakthrough—a revolutionary concept that discourages drunk driving, albeit at the cost of encouraging McRib consumption. Still, the net effect it has on society is a good one.

So far the walk-thru exists only at this one McDonald’s in Wales, but hopefully it makes its way across the pond very soon. I mean, I’m angry that Wales beat America to the punch on this one, but not as angry as I’ll be if this fails to be implemented in the USA ASAP.

Sure, health-conscious critics/communists will almost certainly deride it as another sign of all-American hedonism run amok, but they’ll be tilting at windmills. It’s a fundamental truth of human nature that people love to eat garbage, especially after a long night of drinking poison. At least with the walk-thru option, slobs like me will finally get a little exercise.