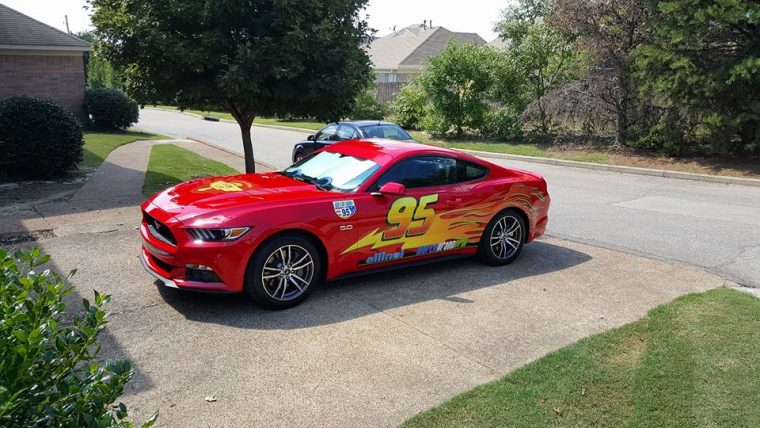 We’re a little less than three months away from the end of 2015, which means it’s probably just a matter of time before we start seeing end-of-year “best of” lists. While being a dedicated and loving parent is reward enough in and of itself, and though it’s hard to quantify a parent’s love, it’s not too much of a reach to say that Brett Winek is your frontrunner for Dad of the Year.

Why? Because when his three-year-old son became fascinated with the film Cars 2—particularly its hero, Lightning McQueen—Winek went out of his way to turn his shiny new Ford Mustang into the spitting image of the Pixar movie’s star car.

Honors All Around: See the many awards won by the 2015 Ford Mustang

Winek told Yahoo! Parenting’s Beth Greenfield that it’s not terribly uncommon for his son to watch Cars 2 several times on any given day. 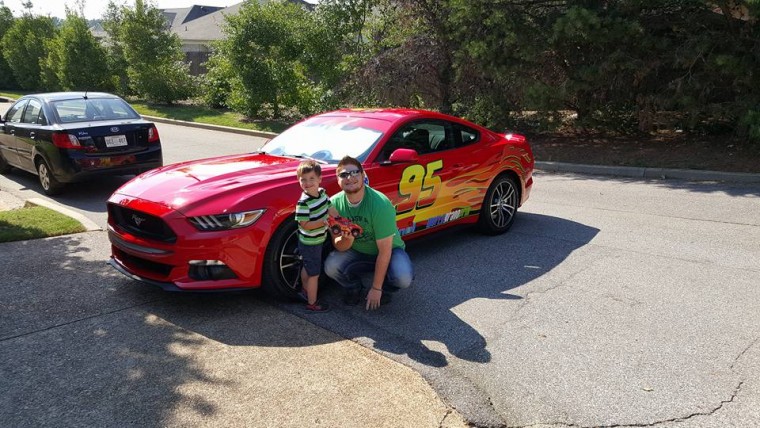 Winek and his son pose with the star car
Photo: Brett Winek/Facebook

“Just to give you an example, he watched Cars 2 yesterday—three times,” Winek told Greenfield. “McQueen is his favorite character, and he loves Mater, too. He has both of the characters in toy cars and mimics their sayings all the time while playing. And I’ll be cooking dinner or washing clothes and just hear him giggling [while the characters are] goofing off in the movie.”

Winek visited Tennessee Tint in Bartlett, Tennessee, and spent around $1,200 on a 3M premium vehicle wrap to transform his pony into Lightning.

According to WMC Action News 5, Winek plans on sharing his son’s happiness with other children by taking the Lightning McQueen Mustang around Memphis. What a guy!