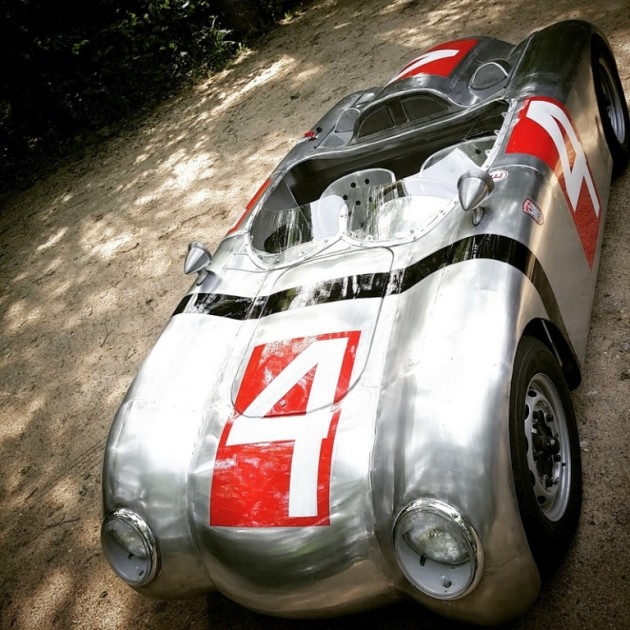 A Minnesota man built four “Frankfurt Racers’ by hand and recently posted a listing for a commission build on Ebay.

Chris Runge has a thing for Porsches: when he was a young kid, he would sneak into his family’s barn to sit inside a Porsche they were storing for the winter. Now 35 years old, he builds them by hand and sells them to other car enthusiasts.

“I was really fascinated with the post-war late 1940s German racers that were built out of the rubble of war torn Germany,” said Runge. “Those cars don’t really exist anymore, there’s only a handful. I got to the point where I was like, man, ‘what would it be like to try and build one of these?’”

Runge had never built his own car before, but acquired the tools he needed and built his own “Frankfurt Racer” from scratch without using any computers or other automated devices. He completed his dream car in August 2012 after spending close to 1,000 hours working on it.

While he built the first “Frankfurt Racer” for himself, Runge has gone on to build four more Porsches for other car enthusiasts and has posted a listing for a commission build of one of these racers on Ebay for $75,000. The delivery time listed for this hand-built automobile is 10 months.

Runge’s work has attracted the attention of Porsche and resulted in a collaboration with Porsche car builder Chuck Beck and Porsche engine expert Tom Brunch on chassis and engine designs.