Mitsubishi’s Wikipedia Page Wants You to Know About the Demons 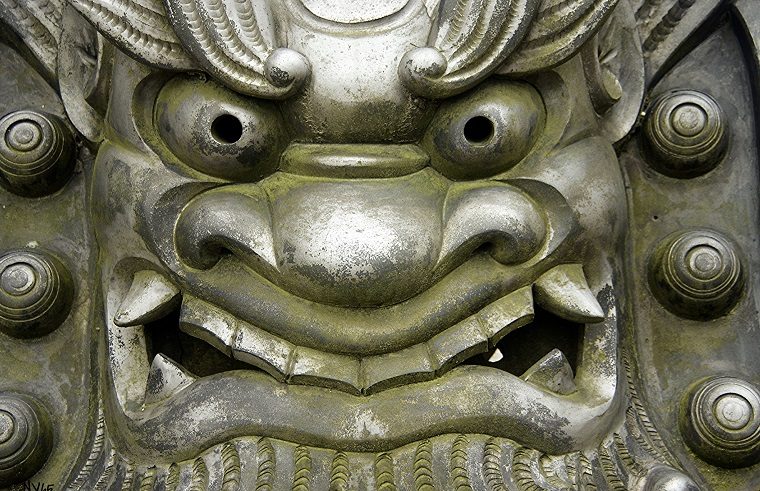 If you’ve ever had to write a paper for a high school or college-level course, you’ll almost surely have received instruction from your professor not to use Wikipedia for research.

Before you could even mutter “I’ll do it anyway and use the sources cited in Wikipedia,” the professor would go on to provide their reasoning: anyone can edit Wikipedia, which makes it an unreliable source of information.

Nonetheless, Wikipedia is full of moderators and Good Samaritan users who constantly monitor articles for vandalism, to the point that any erroneous edit to a frequently-viewed page will be reverted almost instantly, along with a ban warning to the user behind the change.

Because of this, you may not have noticed that Mitsubishi’s Wikipedia page was recently edited by an individual who appears to have an unhealthy obsession with spirits and demons. The page has already been fixed but you can check an archived version containing the full text by clicking on the image at the bottom of the article. The edited content is remarkably long so we put together some of the most interesting quotes below.

Demons in the Infotainment System: The Wikipedia vandal probably doesn’t drive one of these

These creatures all belong to their own race with similar characteristics that differ from other races such as ghosts and angels. These devils were once human and one of them makes up a large portion of your being, you will know this best as THE EGO. You probably know your ego as a word simply meaning selfishness, in reality your ego is a monster WHO IS YOU and being selfish is in ITS therefore YOUR nature.

All popular music is demonic in nature if you listen to it carefully, this is because these artists sold their souls for fame and money, once they do this the demons.

The internet is the main tool they use against you, the evil spirits belief it or not have some sort of compatibility with your computer, smartphones etc […] These spirits have the power to interact with google and Bing

Whoever edited the page seems to be greatly concerned with evil spirits and clearly wishes to inform the world about them. We know the automaker’s upcoming crossover is exciting but sheesh, of all the places to post on the internet, is the Wikipedia page for Mitsubishi really the best place to get an audience? 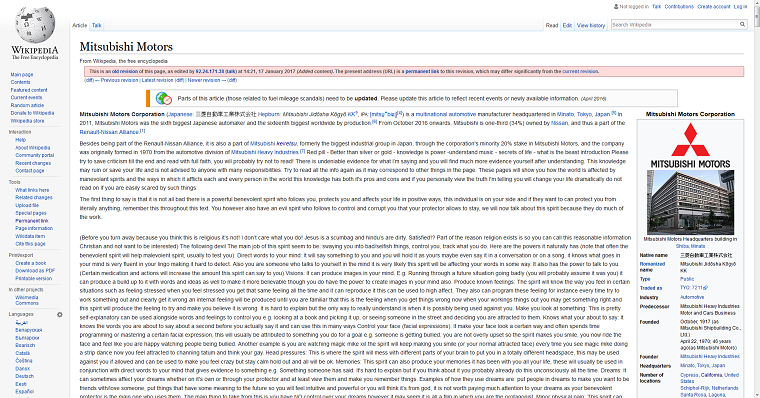