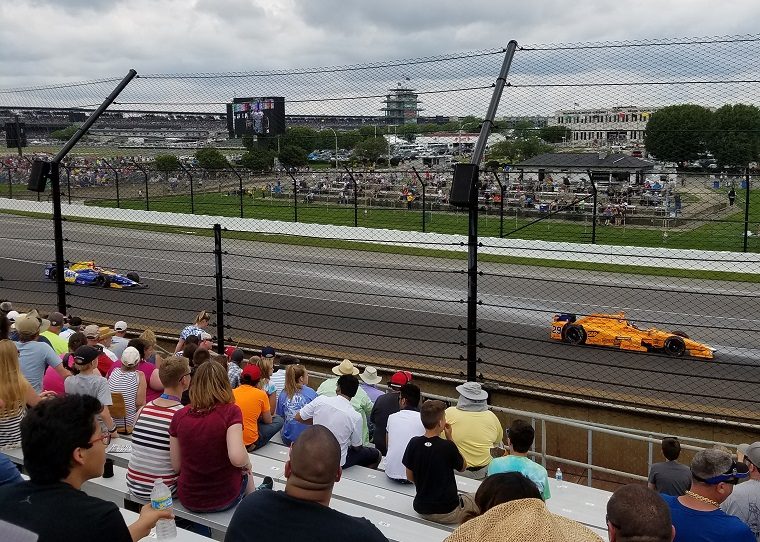 Attending the Indy 500 was an exciting but exhausting experience. My fiancée and I knew traffic would be unlike anything we’d seen before, so we resolved to get to the Indianapolis Motor Speedway early—ideally, not much longer after the gates opened at 6 AM.

Because we live in Ohio, that meant staying at a hotel near the speedway in order to get a minimum amount of shut-eye. Even then, sleep was scarce and finding a place to stay in or near Indianapolis at a reasonable price was no easy task.

Fortunately, our efforts paid off. We set out for the speedway at around 6:15 AM, having quickly grabbed breakfast and waited 15 minutes for the hotel to figure out how to deal with the customer ahead of us. It was a 30 minute drive to the speedway and though it was clear many other people were heading to the race, traffic was still more than manageable.

Buying vs Leasing: Which is better for you? 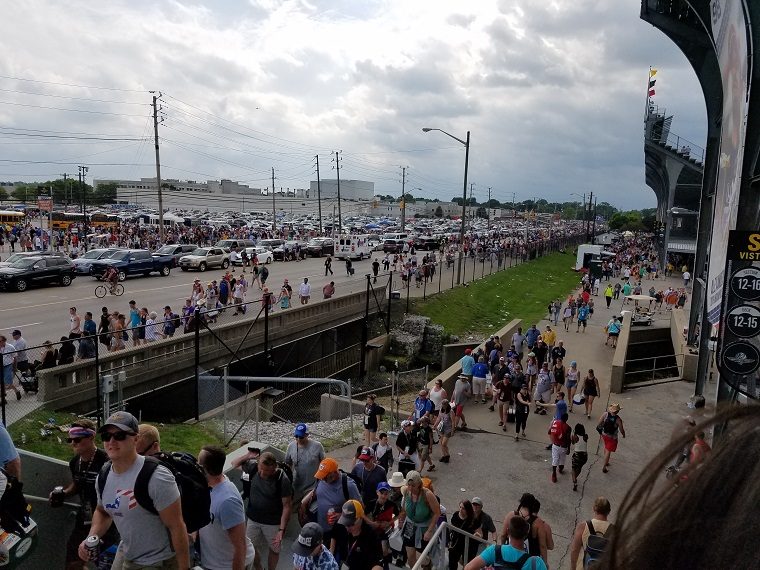 We parked at a nearby high school for $20 and walked for about 20 minutes to the gate. Already the streets were buzzing with activity and on the way we passed countless cars, campers, and driveways open to let you park in exchange for money.

Finally, we arrived at the speedway—and immediately got a taste of how huge it was. Our grandstand was on the opposite side of where we’d arrived and it took 30 minutes just to walk there. Later in the day the announcer boasted that you could fit numerous man-made wonders within the speedway, such as the Pyramids and the Eiffel Tower, and I believed it.

Having beaten all the traffic and the crowds to come, we’d arrived at the grandstands very early—over four hours before the race would actually begin, giving us plenty of time to relax and take in the atmosphere. Despite gray clouds constantly threatening to burst over the track, the weather was fantastic all day.

Indiana Weather: What to do in a tornado 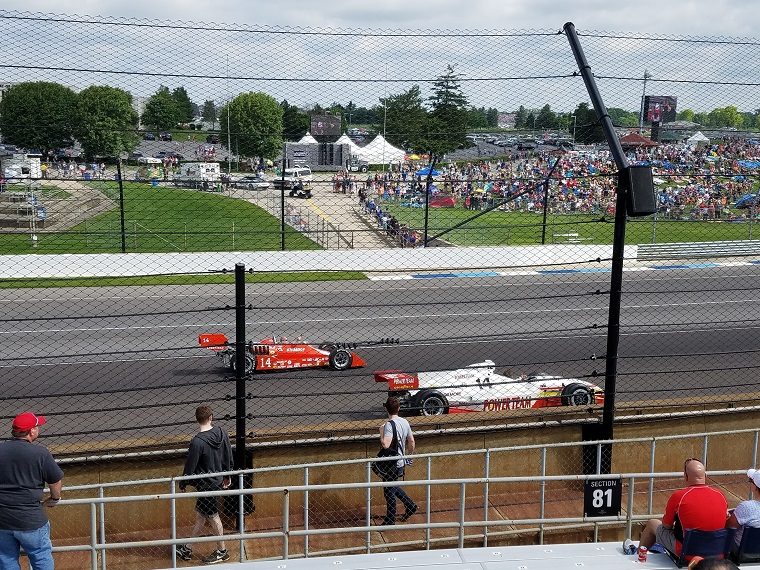 Unfortunately, not much happened before the race began, and even less of it of interest, so that by 9 or 10 in the morning I was already impatient for the cars to get going. Several marching bands passed by, then some drivers in historic cars (but very quickly and only once, sadly), and the “princesses” of the race—academic over-achievers who waved at people and, I guess, got you to look at the Chevrolet Camaros they were sitting in.

The best part of the pre-race show was by far the military demonstration by the 101st Airborne Division, which flew helicopters quite close to the crowd, at one point with soldiers hanging from a rope.

Finally the race began, for which I’ve already written a short recap. The grandstands were jammed full and without the earplugs I think my head would have been ringing for the rest of the day and the one after. The atmosphere was electric. Everyone seemed to be rooting for a different driver, yet everyone also seemed to be happy to root for anyone who was doing anything interesting on the track.

The two biggest crashes of the race took place right before my eyes—and of course, my phone wasn’t out when they did. Still, the memory of them will be seared into my memory, especially the first crash involving Dixon. I’ve seen many horrible crashes on video before, and the one of Dixon’s crash, but video doesn’t quite do justice to the sheer violence of the impact on the barrier and the shock I felt when I saw flames suddenly burst from within the carcass of the car while it flew in the air. Video also doesn’t capture the smell of burning rubber and metal. 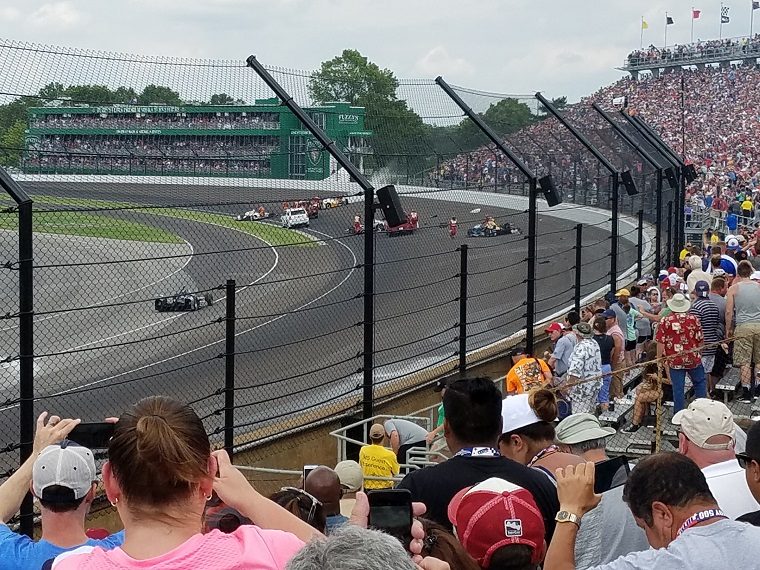 The only downside of the race was that it paused too much. I understand the need for full cautions when a car crashes on the track and debris needs to be cleared, but not when a car’s engine blows up and it simply cruises to the pits. Furthermore, because the cars all bunch up during caution periods, this leads to more opportunities for more crashes, and thus more cautions, and so on and so forth.

After the race ended, we lingered for a while with no desire to join the 400,000 people about to create an enormous traffic jam. Once we did set out and got back to the car almost an hour later, we lingered yet again in the car for at least another hour. The rain that had threatened to come down all day finally did so in a fury. We ultimately began our drive back to Ohio some three hours after the race had ended and still we lost 20 minutes in the small traffic jam that remained.

It was a long and exhausting day, but I’d do it again in a heartbeat. All day long the speedway advertised the Indy 500 as the greatest spectacle in motor racing. It has definitely earned the title.