MythBusters: Hands-Free Phone Calls Are Just as Dangerous While Driving

There has been a widely-accepted notion going around that suggests that hands-free phone calls are safer than holding the phone up to your ear. Well, according to the MythBusters, the only way hands-free devices help is by providing another hand with which to shield your face from flying safety glass in the (much more likely) event of a crash.

In an interview with the Washington Post, MythBusters host Adam Savage explained one possible reason for this myth. “I think it’s a cultural bias that hands-free must be better,” Savage said.

Whether or not this is true, it seems that many states don’t consider handheld cellphone use to be much of a problem, with only 14 states banning driver cellphone use, and four more banning their use on a limited basis, generally in school zones and by beginning drivers. 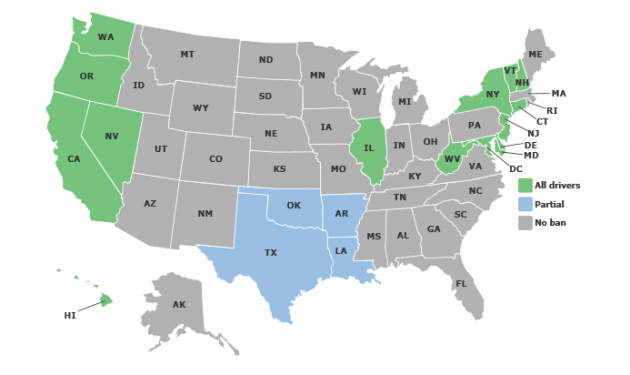 However, as we have mentioned before, driving while distracted (such as by, say, a cellphone) can make an already potentially dangerous situation much worse. MythBusters host Jaime Hyneman came up with the perfect outside description:

“You get in this metal box at these ridiculous speeds, aimed at these other metal boxes going in the other directions at similar speeds, being driven by, for all you know, crazy people,” he said. “If we were doing an experiment that required that, if not for the fact that we’re used to it, it would not pass our safety requirements.”

Then add a distraction to the mix. It seems that, logically, whether that distraction used your hands or not would only change whether or not you have a hand to flip off that guy you just cut off.