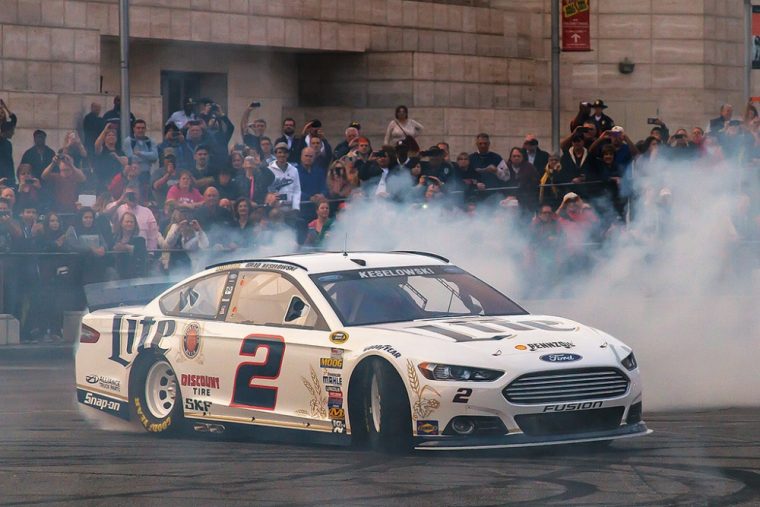 Keselowski has already doubled his win total from a season ago
Photo: © James Marvin Phelps

In a race where 33 of the 40 cars that participated were involved in accidents, Team Penske driver Brad Keselowski was able to avoid trouble, as he stayed out front and picked up the victory in this past Sunday’s Geico 500 NASCAR Sprint Cup Series race.

DIY Car Care: Use these tips to prepare your car for the warmer weather

This was Keselowski’s second victory of the 2016 season and his fourth career win at Talladega. Keselowski, who drives the No. 2 Ford Fusion stock car, led a race-high 46 laps. He gave a philosophical response when reporters asked him about the victory after the race.

Talladega Superspeedway is the biggest track on the NASCAR schedule and is one of only two racetracks that require cars to use restrictor plates, which bunches the racecars closer together, increasing the likelihood of multicar accidents. In the final 30 laps, there was a 21-car accident, as well as another 12-car accident. Fan favorites Dale Earnhardt Jr. and Danica Patrick were among those 33 cars involved in accidents.

“Hell, I’m going home. I’m done,” Earnhardt is quoted as saying. “I think we need to park the car for a while too.”

The Sprint Cup Series will be in action next at Kansas Speedway on Saturday, May 7th. The race will be broadcast by FS1 and is scheduled to begin at 7:30am.

Looking For Something Fast? Check out this overview of the new Dodge Charger