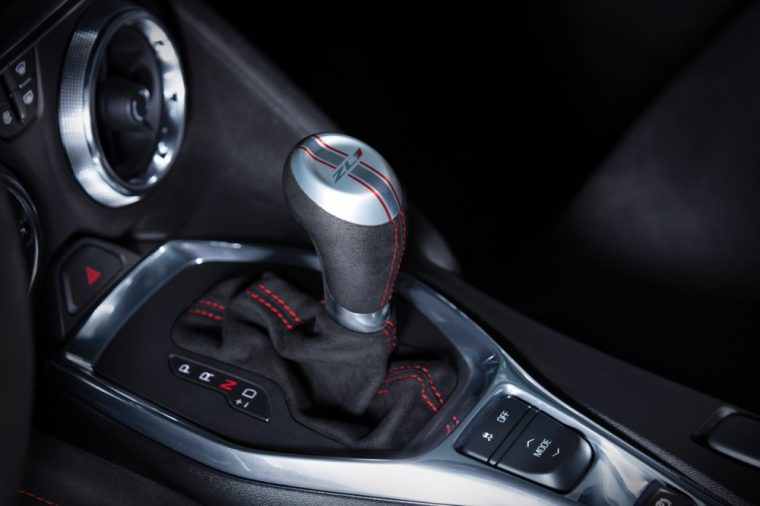 Can you believe General Motors teamed up with its rival Ford to develop the new 10-speed automatic transmission?
Photo: © General Motors

When Chevy announced the performance numbers and tech equipment that will come with the upcoming 2017 Camaro ZL1, many people were surprised to see the new muscle car’s 640-horsepower V8 engine will work with an entirely new 10-speed automatic transmission.

To quell anyone’s suspicion about whether that double-digit number in front of the Camaro ZL1’s new transmission was a typo or not, Mark Reuss, General Motors’ global product chief, recently confirmed–while he was speaking at an United States press event–that the 10-speed automatic will indeed be featured in the new Camaro, as well as seven other upcoming GM models.

Reuss did not reveal additional information about which particular vehicles will make use of the new transmission, but Automotive News has speculated that since the new 10-speed was designed for rear-wheel-drive vehicles with plenty of horsepower, then the 10-speed could find its way inside the new Chevrolet Suburban, Cadillac Escalade, and some trims of the GMC Sierra and Chevrolet Silverado pickup truck cousins.

The 10-speed transmission was co-developed with Ford. The first Ford model scheduled to be released with the transmission is the new F-150 Raptor, which is a performance oriented off-road truck. GM and Ford are also reportedly working on a new nine-speed automatic transmission that could be used in front-wheel-drive vehicles.

The 10-speed automatic will be constructed at the transmission plant in Romulus, Michigan. Recently, GM invested approximately $343 million in the plant in order to update the space and its equipment.

A GM source also told Automotive News the eight-speed automatic transmission presently being used by certain Cadillac models and Corvettes will continue to be offered.

Video: Watch the Transmission Work in the 2017 Camaro ZL1