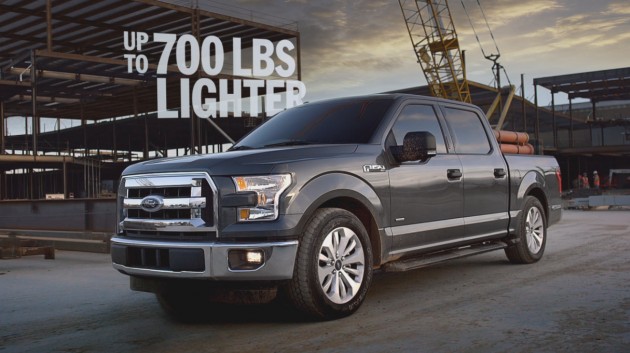 Ford kicked off the New Year with a barrage of ads flaunting its newly-released 2015 F-150 pickup, but it was notably hesitant to tout its EcoBoost-powered model having the highest EPA-estimated fuel economy of any full-size, petrol-powered pickup. Not so with the latest spot, entitled “Keep Going,” which goes so far as to mention the F-150’s “best in class EPA-estimated gas fuel economy” without actually mentioning the numbers.

The fuel economy of the 2.7-liter EcoBoost V6 4×2 model—19 mpg city/26 mpg highway/22 mpg combined—is present in the form of small print that appears at the bottom of screen. Those numbers are the most efficient of any gasoline-powered truck on the market, but given the incredible 700 pound weight loss from the 2014 model to the 2015 model, many were expecting better figures overall.

As it stands, the first spate of advertisements—combined with the massive amount of buzz surrounding the next-gen pickup—seem to have done the trick for the truck: Ford sold 54,370 F-Series trucks in January, a 16.8% improvement over sales from January 2014.