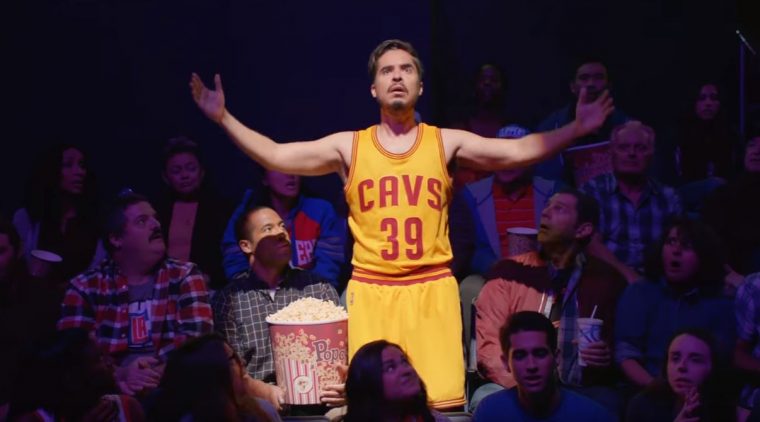 When you’re behind the wheel of a car, your attention should be focused on driving—but not many people are able to do that. The average attention span of a person is around eight seconds, which means every eight seconds you can get distracted by something else, even when behind the wheel. Kia wants you to stay safe, though, which is why its newest commercial for the 2017 Kia Forte promotes the brand’s Lane Keep Assist technology.

A Performance-Oriented Lineup: See the future of Kia’s performance-oriented models

In the 30-second commercial, we’re introduced to Tony, a 2017 Forte owner and a huge Cleveland Cavaliers fan. As Tony is driving down the street, he’s listening to the most recent Cavs game on the radio. Slowly but surely, he begins to drift into a day dream about being the basketball team’s saving grace during a rough game.

As the spotlight shines down on him and he heads to the court in his sweet shoes, the Lane Keep Assist technology suddenly breaks into his daydream, reminding him that he’s behind the wheel of a car and that he is drifting over into the other lane.

The commercial ends, explaining that the Lane Keep Assist feature will “help you from drifting even if your mind does.” Pretty clever, eh?

Definite Excellence: Learn about the numerous awards the Kia brand has earned

Along with Lane Keep Assist, the 2017 Kia Forte comes available with Autonomous Emergency Braking, Front Collision Warning, Lane Change Warning, Blind Spot Detection, Lane Change Assist, and Rear Cross Traffic Alert. This vehicle is available as either a hatchback or a sedan, and is currently on sale in Kia dealerships across the United States.