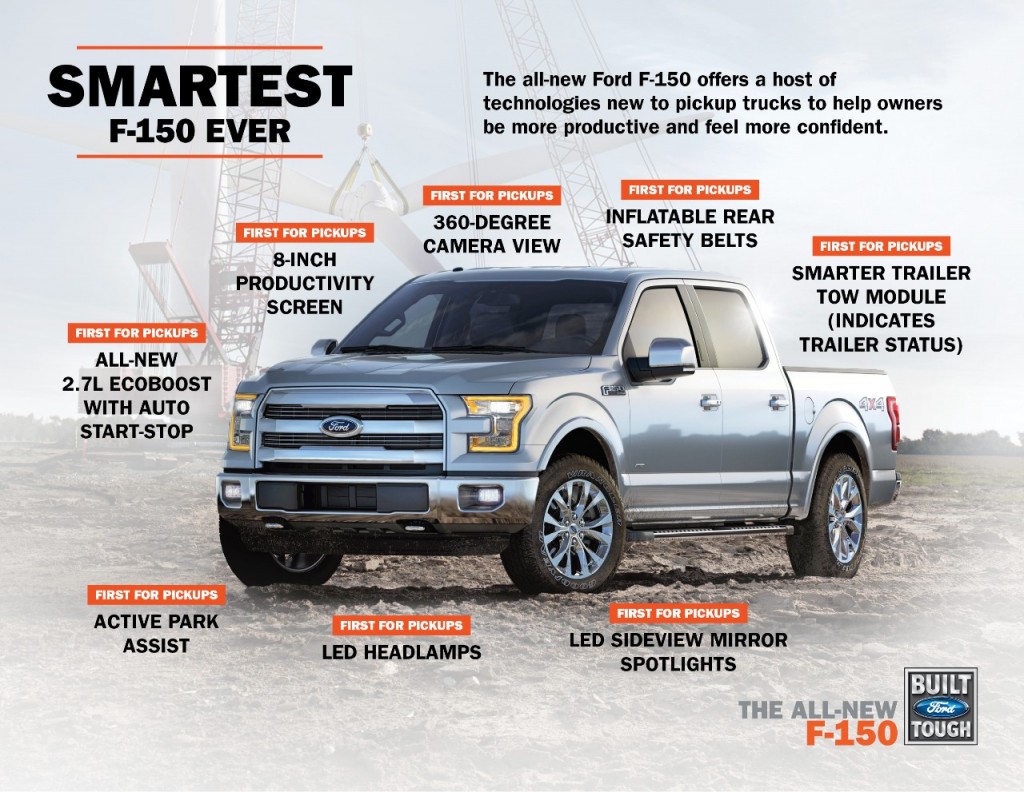 Ford announced the all-new 2015 F-150 this morning at the 2014 North American International Auto Show, and they certainly didn’t spare many of the juicy details. While the best-selling vehicle in the United States for 37 years running is synonymous with grit and power, the new generation of Ford pickup doesn’t want for brains: it’s being hailed as the smartest Ford F-150 ever.

The 2015 Ford F-150 will boast a number of features that are firsts for the pickup segment. These groundbreaking features include:

“For F-150, the impressive lineup of tech-savvy features is all about maximizing productivity at work and play,” said Pete Reyes, Ford F-150 chief engineer, in the automaker’s Monday press release. “Every new technology and feature we added to the vehicle is aimed at helping our customers do more with their trucks.”

The 2015 F-150 will boast an updated instrument panel; at the center will be an eight-inch productivity screen that will feature computer-generated graphics and information. The conventional speedometer, tachometer, fuel gauge, and amp meter will all be entirely computer-generated and customizable, allowing drivers to alter their setup in different situations and tailor the look of their instrument panel to their tastes.

The 360-degree camera system will give drivers a view of all four sides of their truck, making navigation easier than ever before. Use of LED lighting in both the interior and exterior is intended to aid F-150 drivers with visibility while improving durability and efficiency.

Because it is a Ford F-150 at the end of the day, the cargo box will be upgraded to better assist those who use their trucks to put bread on the table. The cargo box will be the recipient of LED box lights, as well as remote lock/unlock for the tailgate and an all-new push-button tailgate that lowers itself automatically. The 2015 F-150 will also feature a redesigned tailgate step.

With all of these features and more, the 2015 iteration of Ford’s heavy-hitter no doubt makes for the smartest Ford F-150 ever built. So let’s hear it, pickup drivers: are these all-new features enough to tantalize you into upgrading your truck when the new 2015 F-150 arrives this year? 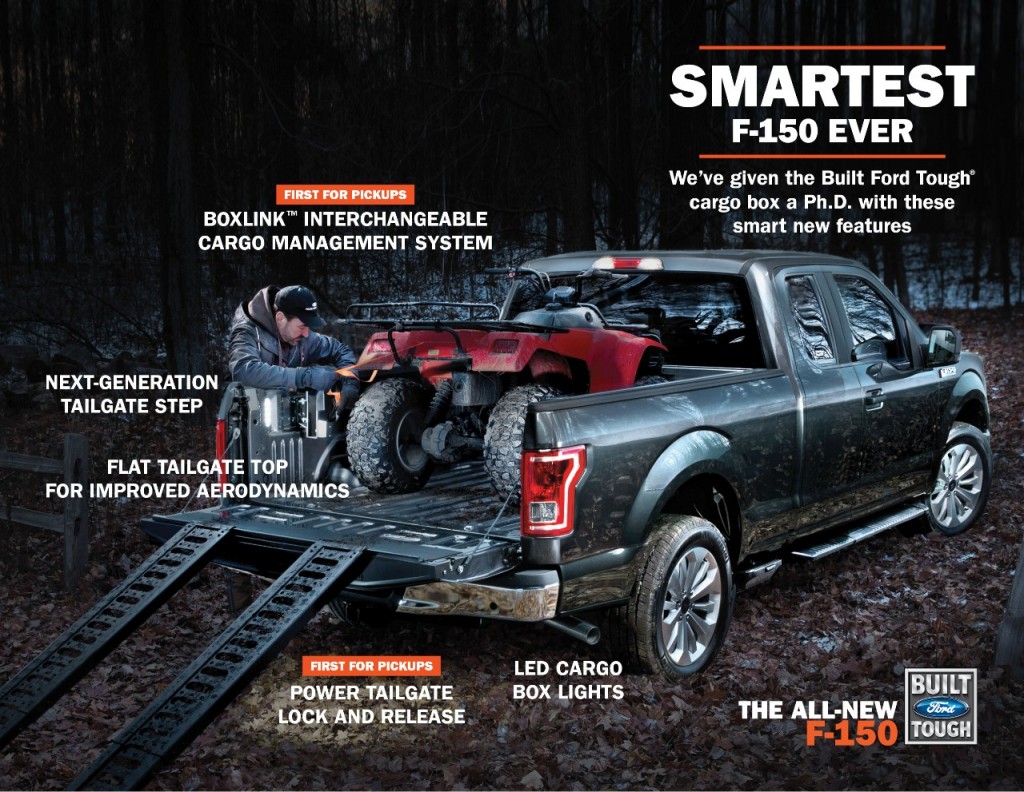