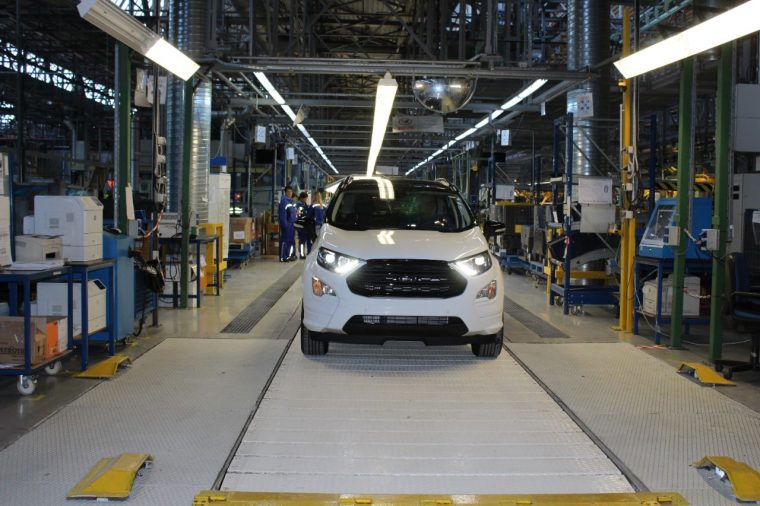 Ford Motor Company this month kicked off production of the new EcoSport at its assembly plant in Craiova, Romania. The decision to manufacture the EcoSport in Europe as opposed to importing it from India will help the automaker in its ambition to grab increasing shares of the rising small SUV segment in Europe and meet growing demand.

“EcoSport is another example of how Ford is growing our business on our strengths—including world-class SUVs,” said Steven Armstrong, Ford group vice president and president, Europe Middle East and Africa. “With demand growing for EcoSport, and compact SUVs in general, now is the right time to localize production in Europe to meet our customers’ needs.”

The production of the new EcoSport at Craiova will necessitate the creation of 1,700 additional jobs by the end of 2017, bringing the total workforce involved in vehicle and engine manufacturing to 3,900. Since 2008, Ford has invested more than €1 billion (approximately $1.18 billion USD) in operations at Craiova.

Ford EcoSports produced in Romania are sold in 56 markets on four continents, including the United Kingdom, South Africa, and various other markets across Europe not including Russia.

Which is Right for You? Is it better to buy or lease a new vehicle—here’s what you need to know