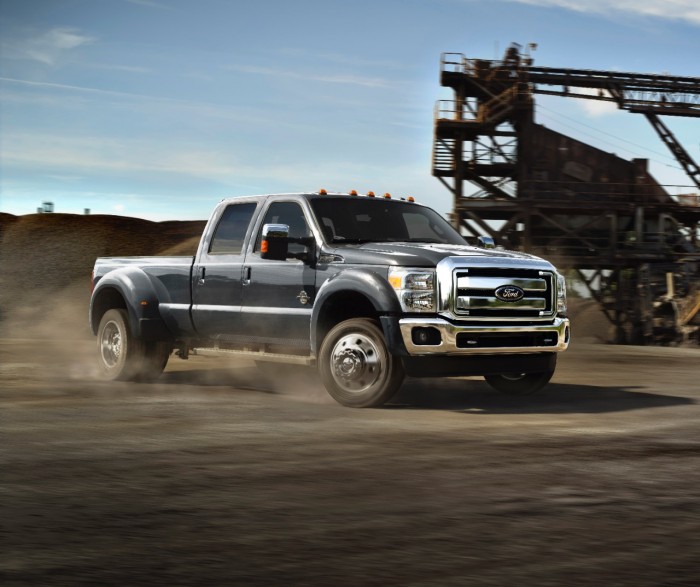 The new Ford F-Series Super Duty has been announced, and it is bringing with it best-in-class horsepower, torque, and towing capacity. Ford’s workhorse will achieve segment-topping numbers with the help of the second-generation 6.7-liter Power Stroke® V8 turbo diesel engine. 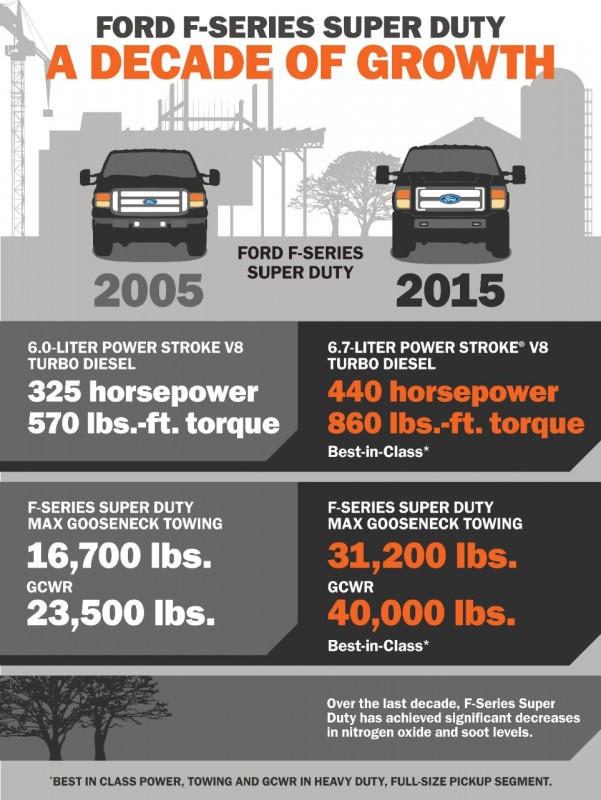 “Our chassis people work in unison with our powertrain people to develop more than a great truck, it’s a machine engineered for work,” said Doug Scott, Ford Truck group marketing manager, in a press release. “We’re the only manufacturer that develops and builds our own powertrains in this class and when you combine that with a chassis that’s purpose-built for best-in-class power and torque, you can feel the result in the way it drives, especially when towing big loads.”

The new Power Stroke engine will benefit from a compacted graphite iron engine block and reverse-flow layout, which will result in shorter airflow from exhaust system to turbocharger and improved performance and efficiency by isolating the turbocharger inside the engine’s valley.

The new Ford F-Series Super Duty trucks (the F-350 and F-450) will each come with a number of packages to increase gross combined weight rating and tow rating; improve suspension, springs, and shocks; and improve braking calibration among others.