New Ford Focus is Killing It After Six Months in Europe 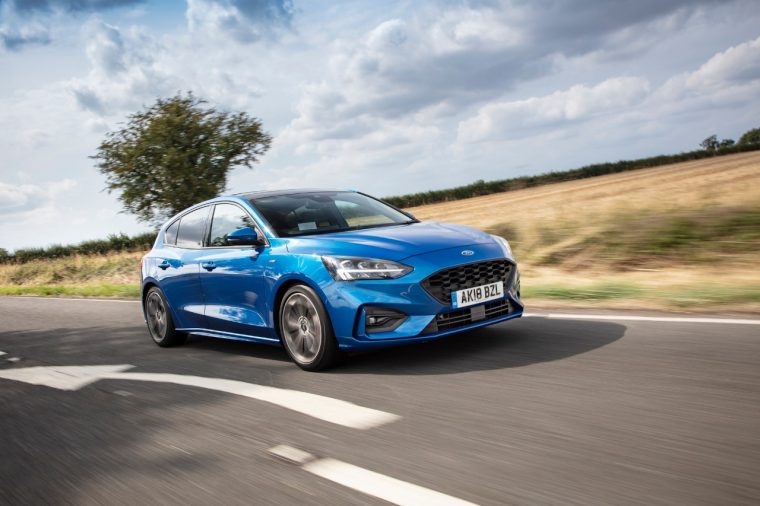 If you’re already just a little bit sore that the new Ford Focus is not coming to the United States — no, not as a hatchback nor as a wagon nor as a kinda sorta crossover — then you’re probably gonna be just that much sorer to learn that it’s been doing super well in Europe since launch. Not only has the next-generation Ford Focus pulled down a number of awards and nominations, but it’s been selling like crazy.

“Media, motoring experts, and — most importantly — customers are full of praise for our all-new Focus, and that’s reflected in both variety of awards the car is winning and the rate at which they’re flying out of showrooms,” said Glen Goold, Focus chief program engineer, Ford of Europe. “To be considered the best in such a competitive segment is a very high level of praise.”

Work With What You’ve Got: Here are the 2018 Ford hatchbacks you can still get your hands on

Through November, Ford has sold 42,100 Ford Focus vehicles in Europe, about 40 percent of which are Focus ST-Line variations. Also particularly popular are the Chrome Blue or Desert Island Blue hues and the eight-speed automatic transmission. The most popular color in America? Nothingness. Because you can’t buy it here.

The Focus is also winning over critics, earning a nomination for European Car of the Year and scoring Car of the Year awards in Croatia and Finland. It’s also been named the Best Family Car in the 2018 Scottish Car of the Year Awards and the winner in the compact class of the Auto Zeitung Auto Trophy 2018. In all, it’s won a dozen awards across Europe, cementing it as one of the hottest vehicles on the market.

Maybe one day we’ll get lucky and the Focus will return to the states as a super cool wagon or a high-powered hatchback. Until then, we’ll just have to gaze across the Atlantic and sigh longingly.